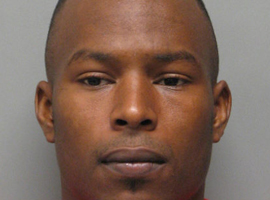 Facebook
Twitter
Linkedin
Email
Print
A Shreveport man was arrested in Minden after police found suspected drugs inside his vehicle during a traffic stop.

Jamarea Duane Allen, 20, of the 1500 block of Coty Street, was arrested Saturday, Sept. 12, and charged with possession of Schedule I CDS (marijuana), illegal carrying of weapons in the presence of a controlled dangerous substance, and possession of drug paraphernalia. He was cited for improper lane usage and no insurance. Bond was set at $7,450.

“Apparently, Mr. Allen made a wide turn and crossed over the double yellow line in a no passing lane,” he said. “Sgt. Chris McClaran made a traffic stop and made contact with him. Mr. Allen appeared to be very nervous, stuttered his words, and at that point, since he was so nervous, Sgt. McClaran asked for permission to search.”

“Mr. Allen was placed under arrest and a search of his person revealed one small, clear plastic bag containing suspected marijuana inside his right sock,” Cropper said. “Mr. Allen was advised of his rights and booked at the Minden Police Department.”

He was transported to Bayou Dorcheat Correctional Center on the above charges.