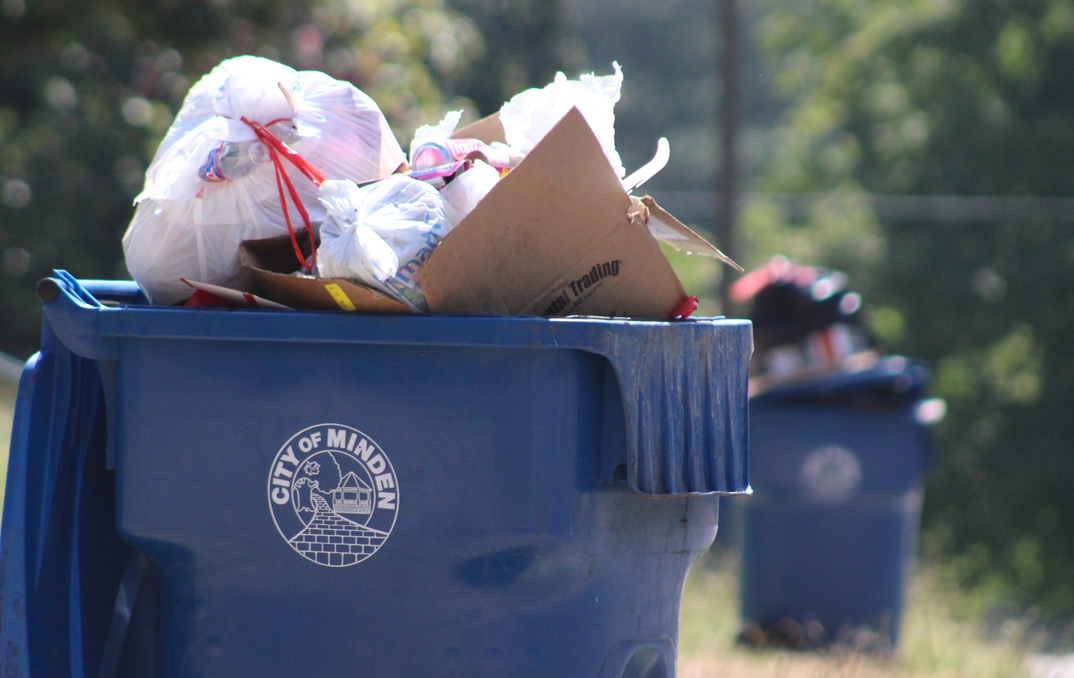 The trash is being taken out in Minden.

After delays in the schedule, Gary Bartels with Republic Services, the company contracted to provide curbside trash pickup for the city, says trash pickup is back on track.

“We will be back on track if not today (Thursday), by tomorrow (Friday) morning,” Bartels, general manager of Republic Services’ Shreveport office, said.

Minden Mayor Tommy Davis said Thursday morning that he spoke with company representatives and that mechanical problems were to blame.

“I called them this (Thursday) morning and they told me they had some trucks down, but they are back up and running,” Davis said. “They are telling me they are a day behind.”

Bartels wouldn’t confirm the cause of the delay, but said they are working to get back on track.

“We value the city of Minden’s residents and we are working diligently to make sure that you guys (Minden residents) are taken care of in time. We have multiple trucks in the area and we expect to be right back on track,” he said. “We recognize the point of good service and make sure that is carried forward.”