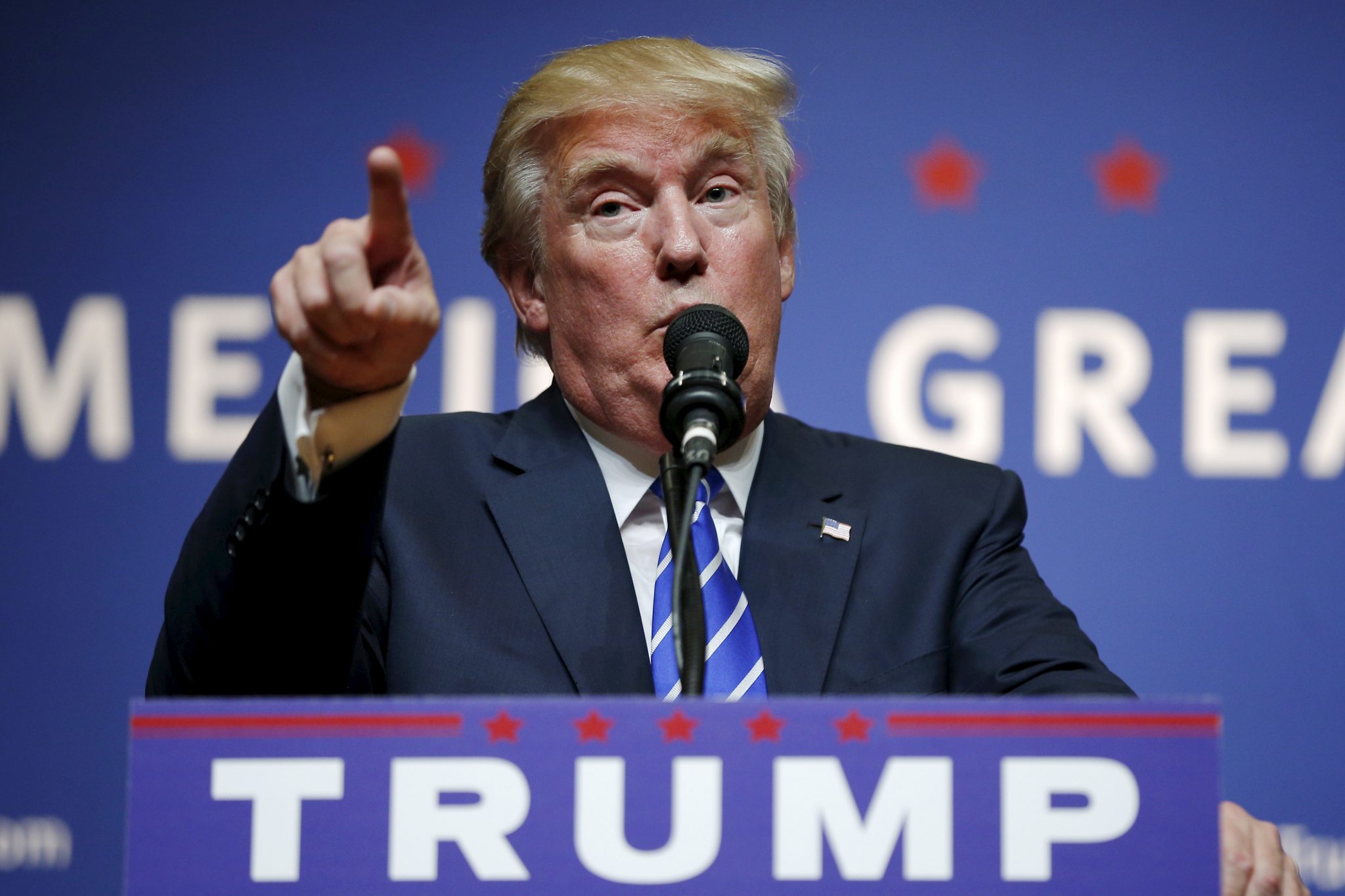 NEW YORK — The turbulent U.S. election, featuring Donald Trump’s unexpected victory over Hillary Clinton in the presidential race, was the overwhelming pick for the top news story of 2016, according to The Associated Press’ annual poll of U.S. editors and news directors.

The No. 2 story also was a dramatic upset — Britons’ vote to leave the European Union. Most of the other stories among the Top 10 reflected a year marked by political upheaval, terror attacks and racial divisions.

Last year, developments related to the Islamic State group were voted as the top story — the far-flung attacks claimed by the group, and the intensifying global effort to crush it.

The first AP top-stories poll was conducted in 1936, when editors chose the abdication of Britain’s King Edward VIII.

1. Us Election: This year’s top story traces back to June 2015, when Donald Trump descended an escalator in Trump Tower, his bastion in New York City, to announce he would run for president. Widely viewed as a long shot, with an unconventional campaign featuring raucous rallies and pugnacious tweets, he outlasted 16 Republican rivals. Among the Democrats, Hillary Clinton beat back an unexpectedly strong challenge from Bernie Sanders, and won the popular vote over Trump. But he won key Rust Belt states to get the most electoral votes, and will enter the White House with Republicans maintaining control of both houses of Congress.

2. Brexit: Confounding pollsters and oddsmakers, Britons voted in June to leave the European Union, triggering financial and political upheaval. David Cameron resigned as prime minister soon after the vote, leaving the task of negotiating an exit to a reshaped Conservative government led by Theresa May. Under a tentative timetable, final details of the withdrawal might not be known until the spring of 2019.

3. Black Men Killed By Police: One day apart, police in Baton Rouge, Louisiana, fatally shot Alton Sterling after pinning him to the ground, and a white police officer shot and killed Philando Castile during a traffic stop in a suburb of Minneapolis. Coming after several similar cases in recent years, the killings rekindled debate over policing practices and the Black Lives Matter
movement.

4. Pulse Nightclub Massacre: The worst mass shooting in modern U.S. history unfolded on Latin Night at the Pulse, a gay nightclub in Orlando. The gunman, Omar Mateen, killed 49 people over the course of three hours before dying in a shootout with SWAT team members. During the standoff, he pledged allegiance to the Islamic State.

5. Worldwide Terror Attacks: Across the globe, extremist attacks flared at a relentless pace throughout the year. Among the many high-profile attacks were those that targeted airports in Brussels and Istanbul, a park teeming with families and children in Pakistan, and the seafront boulevard in Nice, France, where 86 people were killed when a truck plowed through a Bastille Day celebration. In Iraq alone, many hundreds of civilians were killed in repeated bombings.

6. Attacks On Police: Ambushes and targeted attacks on police officers in the U.S. claimed at least 20 lives. The victims included five officers in Dallas working to keep the peace at a protest over the fatal police shootings of black men in Minnesota and Louisiana. Ten days after that attack, a man killed three officers in Baton Rouge, Louisiana. In Iowa, two policemen were fatally shot in separate ambush-style attacks while sitting in their patrol cars.

8. Syria: Repeated cease-fire negotiations failed to halt relentless warfare among multiple factions. With Russia’s help, the government forces of President Bashar Assad finally seized rebel-held portions of the city of Aleppo, at a huge cost in terms of deaths and destruction.

9. Supreme Court: After Justice Antonin Scalia’s death in February, President Obama nominated Merrick Garland, chief judge of the U.S. Court of Appeals for the District of Columbia Circuit, to fill the vacancy. However, majority Republicans in the Senate refused to consider the nomination, opting to leave the seat vacant so it could be filled by the winner of the presidential election. Donald Trump has promised to appoint a conservative in the mold of Scalia.

10. Hillary Clinton’s Emails: Amid the presidential campaign, the FBI conducted an investigation into Clinton’s use of a private computer server to handle emails she sent and received as secretary of state. FBI Director James Comey criticized Clinton for carelessness but said the bureau would not recommend criminal charges.

Stories that did not make the top 10 included Europe’s migrant crisis, the death of longtime Cuban leader Fidel Castro, and the spread of the Zika virus across Latin America and the Caribbean.