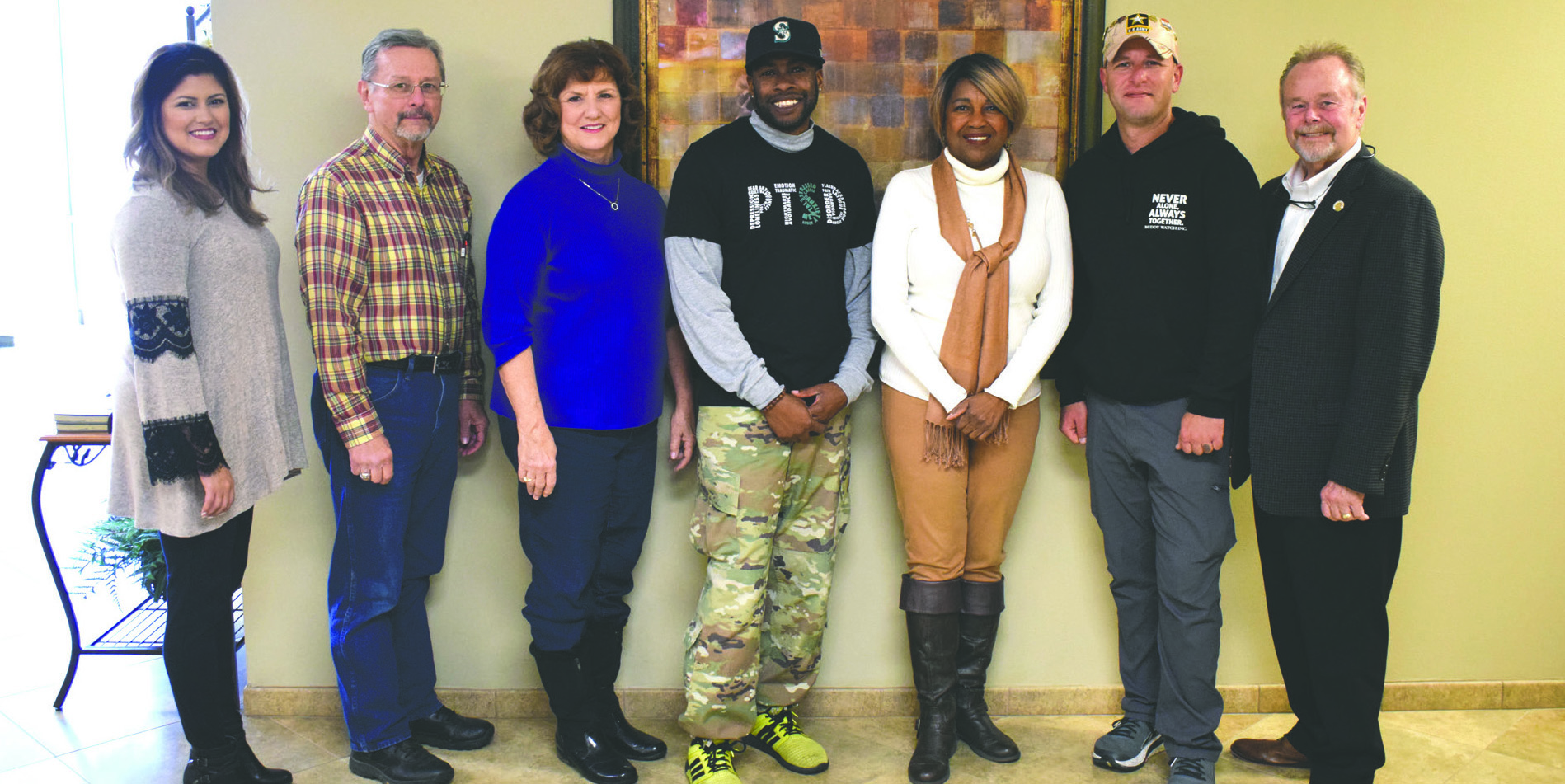 Veterans John Ring and Jimmy Mathews Jr. have been making their way across America in order to raise awareness for a variety of issues affecting veterans such as PTSD, homelessness, addiction, and more, as well as to raise funds for a tiny home project for homeless veterans.

Their journey is expected to end in Santa Monica, California sometime in April, but for them, between then and now is a lot of ground to travel, especially on foot.

While they were in Minden, Ring and Mathews took a moment to sit down and talk about why they started the walk, and what it was all about.

“For the past three to four years, I’ve been working with veterans, mainly in the criminal justice system, that haven’t been getting the treatment that I feel they deserve. So I worked with them to try to get them the proper care. I wanted to raise as much awareness to PTSD, homelessness, addiction, veteran’s in our criminal justice system not getting treatment, MST (military sexual trauma), basically, all of the things that are leading to the high number of veterans suicides that are going on in our country,” said Ring, “We say 22 a day, but it varies. It’s not stable at that number, but it’s not getting any better.

Mathews contacted Ring after seeing his journey on social media. He found himself inspired by the journey and reached out to talk about walking across the Mississippi himself.

“I read his story and the things that he was walking for, and I was going through the same struggles. I reached out to him, said he inspired me and that I want to do a walk through Mississippi. He said, ‘you could walk with me,’ so I said ok.

I just felt like it was my calling to help others. I was in a position in the military where I was hearing about people’s stories with their struggles with PTSD, MST, homelessness. Some things that I’ve suffered myself. So I just wanted to bring awareness and help people, especially the homeless veterans, and try and get through this epidemic of suicide,” said Mathews.

The more ground that Ring covered, the more he realized that the walk wasn’t about how fast he could get from point A to point B, but by the conversations and relationships with others that he makes along the way. When he started ut, he initially planned on finishing the journey in 80 days, walking up to 40 miles a day. But after meeting with another Veteranduring his journey, his perspective on the walk changed.

“He saw my bag and he asked, where are you going, and I said I’m walking across the country for veterans. He said well I see your cross rifles, you’re an infantry guy. I said yes sir and I told him why I was walking more in-depth. he started crying.

Then he started telling me his struggles over the past 50 years and told me about him being spat in the face when he was here all up until just receiving 100% benefits over the last few years. Then it clicked with me that this isn’t about how many miles I walk a day or about the walking period. It’s about speaking to people and reaching out to people,” said Ring.

When asked what people can do in order to help support them and other veterans, Ring simply said was to, “talk to veterans, shake their hands, and tell people about what and Jimmy are doing.”

On various social media, people can search the term “Buddy Watch Walk – Pier to Pier” in order to find their pages, and they can go to wheresjohnring.com to see a map of their progress as they make their way across America.

Before the end of the interview, Ring took the time to thank the American Legion for the support they had received.

“The American Legion has been phenomenal and supportive of our trek, and I’m thankful for that support. Ever since I made it to Montogomery, Alabama, to this moment, they’ve been with us every step of the way,” said John Ring., “If I can save one veteran from here to Santa Monica, California, it’s all worth it.”