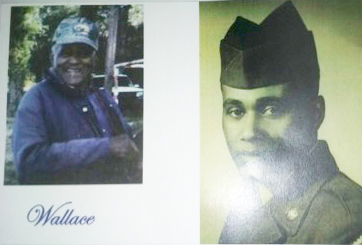 Wallace Bennie Harris was the third child born to the union of Walker Harris Sr. and Annie Scott Harris in Homer on June 20, 1929. He accepted Christ into his life and united with Springhill C.M.E church, where he was a faithful church worker and trustee until his health began to fail.

Wallace was a curious child that spent much more time outside than inside, leading to his love of fishing and hunting. Wallace served his country during the Korean War with two tours of duty from 1949 to 1954 in the U.S. Army. He worked 33 years for Tommy Tire Service in Minden.

In Wallace’s retirement years, he could be found on Lake Bistineau or another lake in his red Tidecraft boat, wowing others with his success at catching fish. He was also proud of his vegetable gardens and the healthy cattle that he raised.

He also leaves god children, Ronda Gallimore of Dallas TX, Terri Kennedy of Minden, Kim J Blount of Shreveport LA, Waveunta Jiles of Bossier City LA. Additionally he leaves to cherish his memory a host of nieces, nephews, great nieces, great nephews and a host of other relatives and friends.