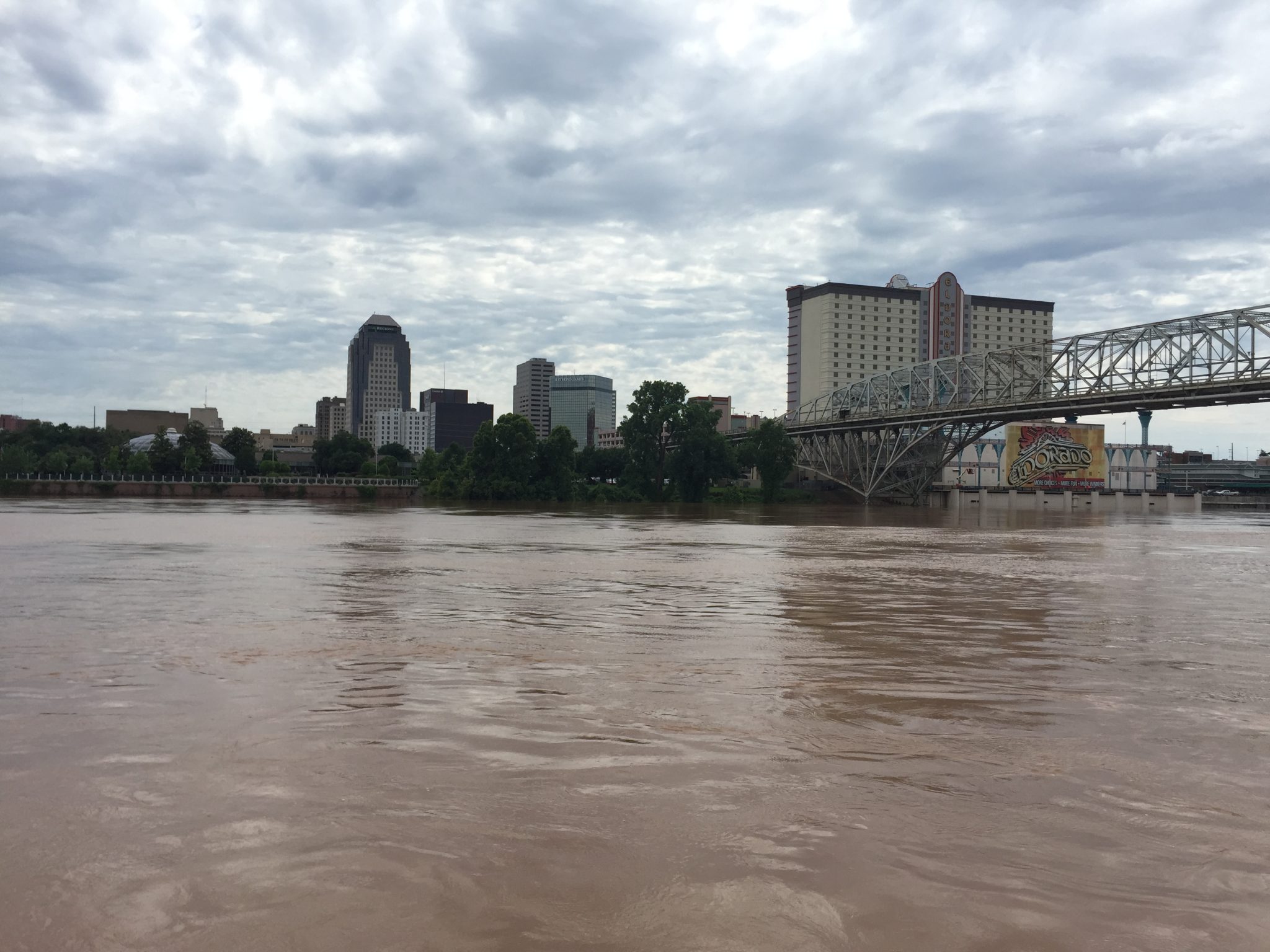 High water is flooding farmland along the Red River in northwest Louisiana, and is likely to remain for months, the National Weather Service said Sunday.

Sandbags are available for rural residents, the Caddo Parish Sheriff’s Office said in an email.

The weather service said the Red was above 30 feet at Shreveport on Sunday for the first time since 1990, as floodwaters drain from Texas and Oklahoma. A 34-foot crest is expected Saturday at Shreveport, hydro-meteorologist Aaron Stevens said in a telephone interview from the agency’s Shreveport office.

That’s likely to cut off traffic to and from a large riverfront apartment complex in Shreveport, though the apartments probably will stay dry, he said.

“We’re going to be having high water clear through to July,” Stevens said. Street flooding should go down quickly, but lower cropland and pastures are likely to stay flooded for some time, he said.

“We’re at maximum capacity on a lot of the lakes. … And water’s starting to back up,” he said.

The sheriff’s office said sandbags were available Sunday for rural residents at Caddo Public Works Fleet Services, and will be available there during the week from 7 a.m. to 3 p.m.

Minor flooding — “not anything out of the ordinary” for spring — is expected on the Ouachita River in northeast Louisiana, he said.
The Red is likely to reach flood stage in Alexandria on Monday and crest at near 35 feet by the end of the week, said Montra Lockwood, a weather service meteorologist in Lake Charles. That’s likely to close some roads and boat launches, and might close a railroad bridge at Boyce and flood a few rural homes around smaller rivers, she said.

The city of Alexandria should stay dry, she said.