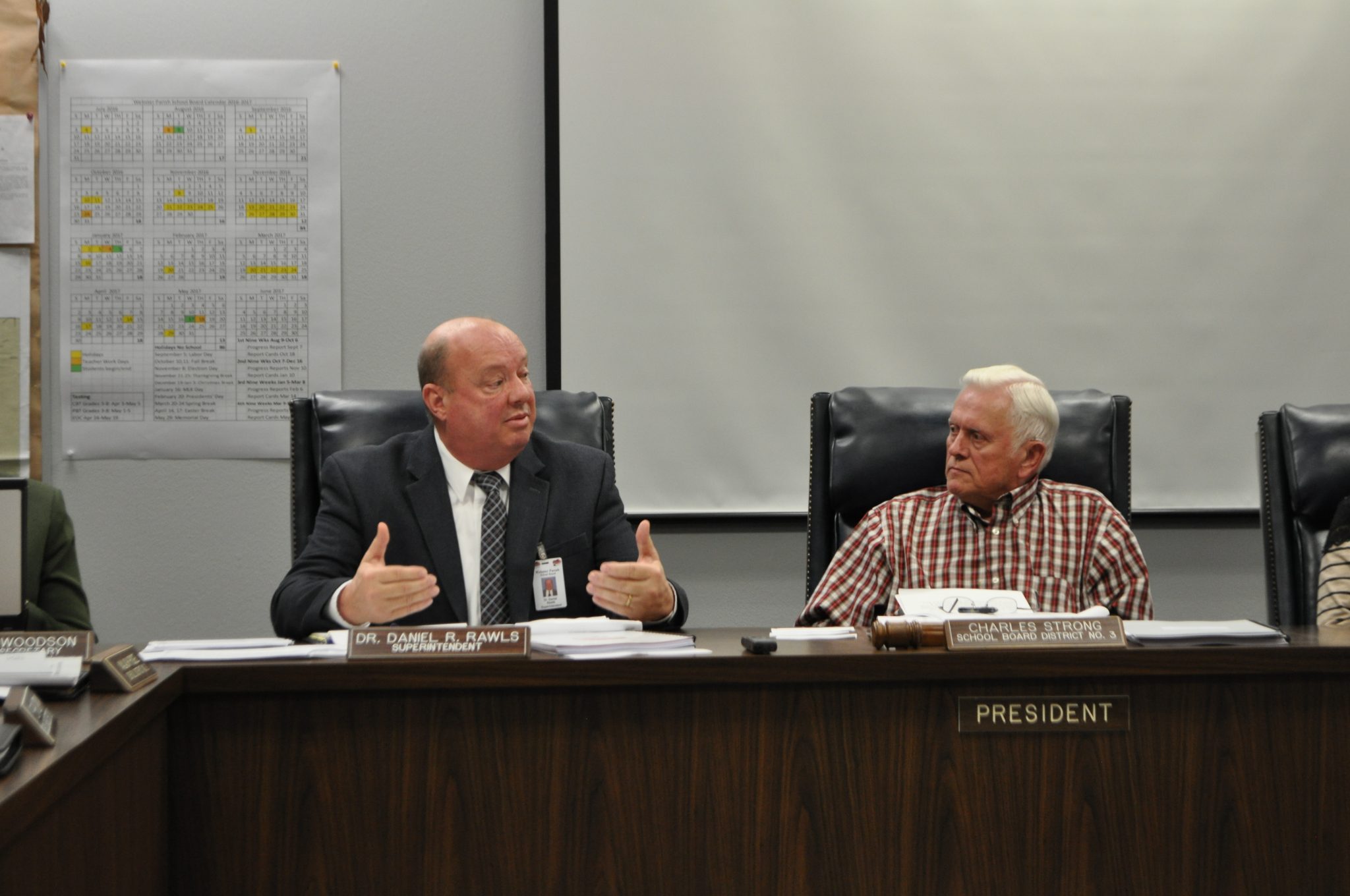 Several perceived discrepancies in the proposed salary schedule that was voted on Feb. 24 have halted a meeting of the minds between the Webster Parish School Board and faculty and administrators.

The board was set to make a decision Monday on accepting the proposed salary schedule put before teachers, administrators and supervisors, but board members didn’t feel comfortable until corrections could be made.

Central Office staff met with teachers and principals in February to explain the changes and what the Webster Association of Educators had proposed as well. A compromise salary schedule was voted on Feb. 24 with changes by both sides. While it was not what WAE asked for, they were willing to concede some to do what was best for the parish, WAE president Jim Croad said.

“Unfortunately, after that vote, we found out there were some things that were not in line with the compromise,” he said. “Those things are how the numbers are right now – we’re hoping those have been resolved – we are confident that once you hear the compromise the right way you’ll agree with us that it’s the best way.”

One of the discrepancies they discovered was inconsistencies in certified personnel. All certified employees should take a cut across the board, and it does not appear to be all encompassing, he said. Only teachers take a cut. Additionally, support personnel would be given what amounts to a raise in the compromise schedule, he said.

“We think that’s very important, because they were not going to be hit by the cut,” he said, “but still give those steps, which has needed to happen for years.”

For months, WAE and Central Office personnel have exchanged ideas on what would be the best path forward to have a salary schedule all could live with, while keeping in mind the budget constraints of the district.

“At this point, you are in no giant rush to do this, but you do need to take action on the salary schedule so that we can stay in operation,” Rawls said. “I appreciate the work they did to help us get this through with the staff. Seemingly, there is still some work to do. I don’t want to rush through and find out that we have an error.”

Other teachers spoke to the board, saying they will support the board and the compromise as long as it is done fairly.
“If we can’t get that corrected, WAE, the people that I supported and that support me, take back our endorsement of this, because it can’t work when the majority of the people in this parish will make a sacrifice for the parish while the highest of the paid will not do so,” he said. “We hope that has been resolved, and if it has been resolved, we wholeheartedly agree to move forward with this for the future.”

Rawls said they hope to have it worked out for approval in April’s meeting.

In other news, the board approved:

• Payment to Business Machine Supplies in the amount of $2,429 for student chairs and desks purchased by Minden High School at the beginning of the school year. This is the remainder due of the original $1,500 approved in August. It will be paid from the District 6 half-cent sales tax.

• Payment to Detel Computer Solutions $2,572 for Detel NUC and floor stand purchased by Doyline High School. It will be paid for through the Doyline Maintenance Fund.

• The removal of a temporary building at North Webster Jr. High School at no cost to the school. The building is dilapidated and is a health and safety concern.

The next board meeting will be April 3.