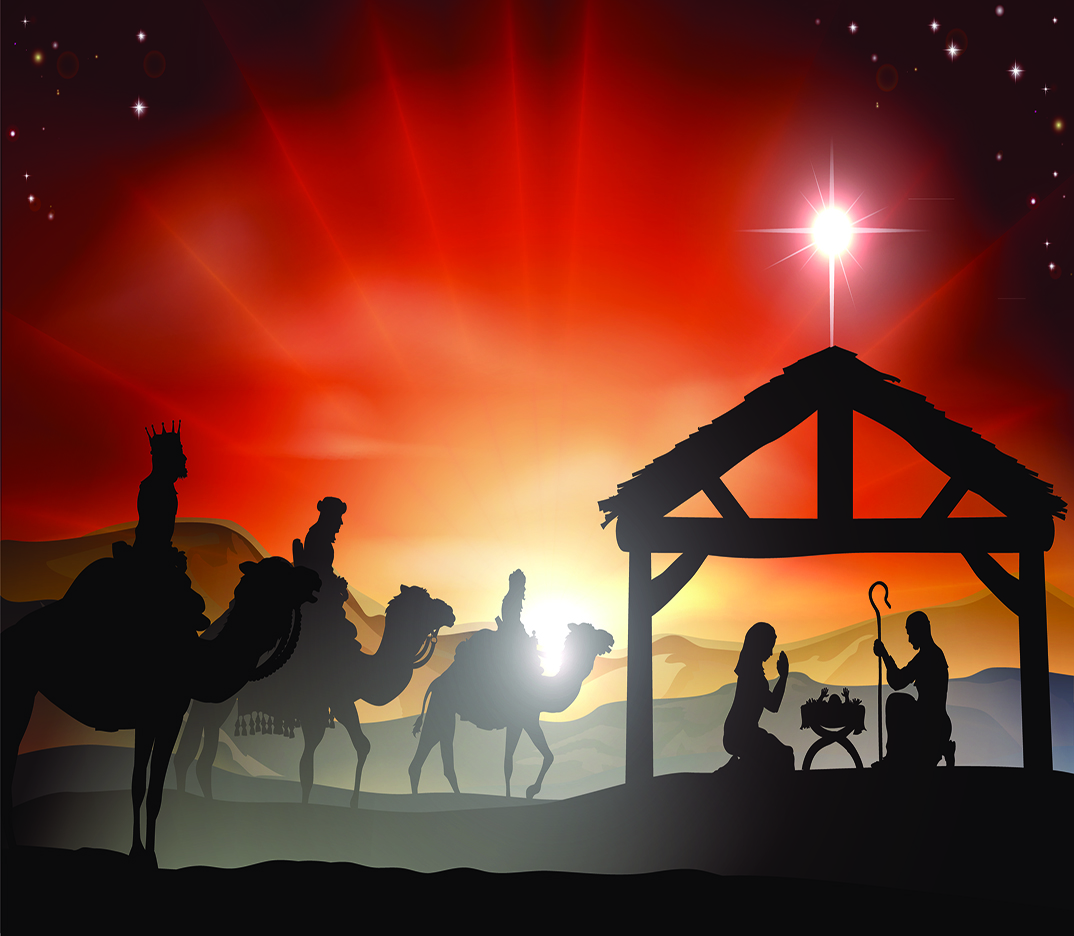 “Today in the town of David a Savior has been born to you; he is Christ the Lord.”
Luke 2:11 (New International Version)

The story of Christmas, specifically the birth of Jesus Christ, many will say is the reason to celebrate Christmas.

Pastor Theresa Booth, youth pastor at Yellow Pine Christian Church, says it is about both the birth of Christ and giving.

“Why do we celebrate Christmas?” she asks. “Is it the packages and bows or is it about the new born baby? What is the real reason? My response is both. It all started with the gift of love given from God above. You see, God loved us so much that He gave His only Son to be the Savior of the world and His name is Jesus. He was born of the Virgin Mary and displayed in a manger so Jesus is the reason for the Season but the greatest gift is love.”

Pastor Sam Mims, pastor of Shepherd’s Hut in Minden, says Christmas is too commercialized and people have forgotten the real reason the day is celebrated.

“There is only one reason to celebrate Christmas,” he said. “Because it is recognized as the observed birthday of Jesus The Christ, the one whom God sent to save the world from sin. Jews and non-Christians are under no obligation to observe this day as it belongs to only followers and believers in Christ.”

He goes on to say that people have begun to expect to receive instead of give, calling it “an exercise in economic futility.”

“What exactly is the modern day Christmas spirit?” he asks. “It should be on the general order of Christ as exemplified through the parable of the Good Samaritan…Yes, I adore the born Savior and cherish His day, but the way we celebrate His birth is not worthy of His magnificence and awesomeness.”

Father Frank Hughes, rector of St. John’s Episcopal Church, says on Christmas Eve, people generally do not expect worship to be a mixture of joy and sadness.

“We want our experience of God and of Christmas to be all joy, all full of wonder at how great our God is, and what a wonderful thing God did when God sent Jesus to be our Messiah, our Savior,” he said. “We want Christmas to be full of merriment, of things that make for joy and happiness. We love our Christmas traditions, including our Christmas foods and drinks.”
However, he continues, the story of Christmas is not 100 percent about the joy of the holiday season. Hughes goes deeper into the story.

“His birth was highly inconvenient to Joseph and Mary during a government enforced trip,” he said. “Mary’s pregnancy was highly inconvenient to put it mildly. Joseph had the right to divorce her, either in a messy, legal way that would have made her an outcast in the Jewish religion at very best, although he had resolved to put her away quietly, which would avoid embarrassment to her and to himself as well.”

Joseph did not divorce Mary and he did not leave her. He, instead, sheltered and cared for her and for Jesus as his own son.

“And yet, this baby, born in a stable in the back of an inn, born to people who certainly should not have been traveling at this time, this baby was not only the Son of the Blessed Virgin Mary, this baby was also the Son of God,” Hughes said. “This baby, born in such a difficult and odd way, would grow and learn about God the Father. He would evidently learn a great deal about the Hebrew Bible. He would learn about what God requires of His people, namely justice.”

In the Bible, Joseph is described as a carpenter, with Jesus following in his footsteps. He learned the ways of the world, Hughes says, and learned about people – their pleasures and their pain.

“I suppose that some people think of Jesus as someone who was separate from the world, from people and their problems, separate indeed from His nation of occupied Israel and its problems,” he said. “But the facts are really otherwise. And that to me is the true message of Christmas, of the Incarnation. And so for me, the beauty of Christmas is that God came to the world as a real human being, a real person who cared about the world that His Father had made, who cared about the creation His Father had done.”