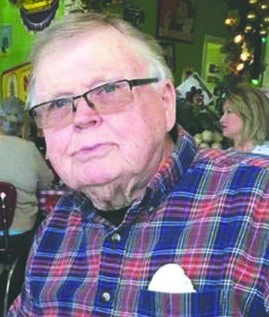 Funeral services for William Jack Maxey will be held Thursday, May 2, 2019 at 10:00 a.m. at Rose-Neath Funeral Home Chapel in Minden, Louisiana with Rev. Bryan McCoy and Rev. Milton Geltz officiating.  Interment will follow at Lane Memorial Cemetery in Sibley, Louisiana.  The family will receive friends from 5 until 7 p.m. Wednesday, May 1, 2019 at Rose-Neath Funeral Home in Minden.

Jack was born December 4, 1932 in Yellow Pine, Louisiana and went to heaven April 29, 2019 in Bossier City, Louisiana.  He was an exceptional athlete in his youth and had a life-long love of sports.  He obtained his bachelor’s degree from Louisiana Tech University, where he attended on a baseball scholarship.  He then played minor league baseball before serving his country in the United States Army during the Korean War.  Following his service, he obtained his master’s degree from Ole Miss.  Jack was a minister in the United Methodist Church.  He served as pastor of several congregations, and he was a long-time member of Sibley Methodist Church.   He was an accomplished musician and a music teacher to many.

He was preceded in death by his parents, Clifford and Ethna Maxey, and grandson, Cage Lilley.

In lieu of flowers memorials may be made to Ramp-Up Ministry, P.O. Box 63, Sibley, Louisiana 71073 or St. Jude Children’s Hospital.