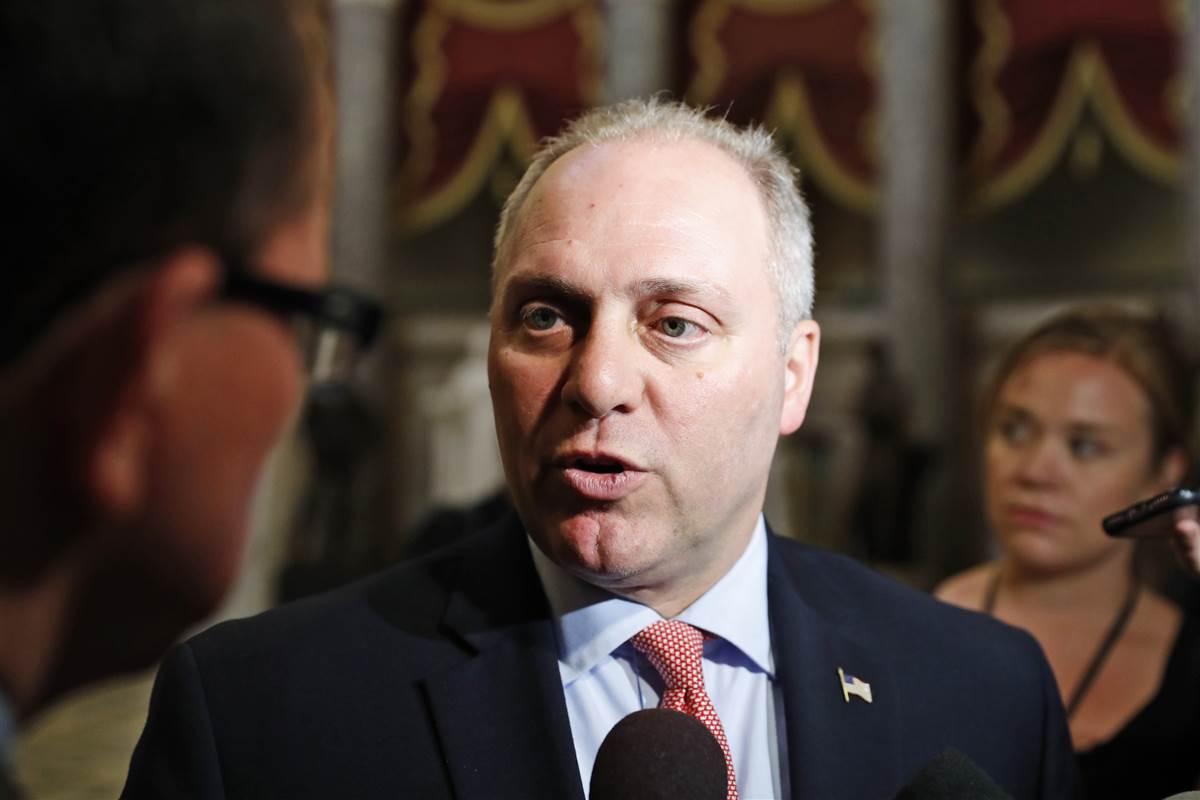 The Louisiana Republican is recovering from a gunshot wound at a Washington hospital. He phoned in to thank everyone for their hard work and tell them he looked forward to working through his recovery.

Scalise expressed his appreciation for the two U.S. Capitol Police officers who were injured but managed to kill the gunman.

Scalise and four other people were injured June 14 when a man opened fire on a Republican baseball practice in nearby Alexandria, Virginia.

The 51-year-old congressman was struck in the hip and the bullet tore into blood vessels, bones and internal organs. He has undergone several surgeries.