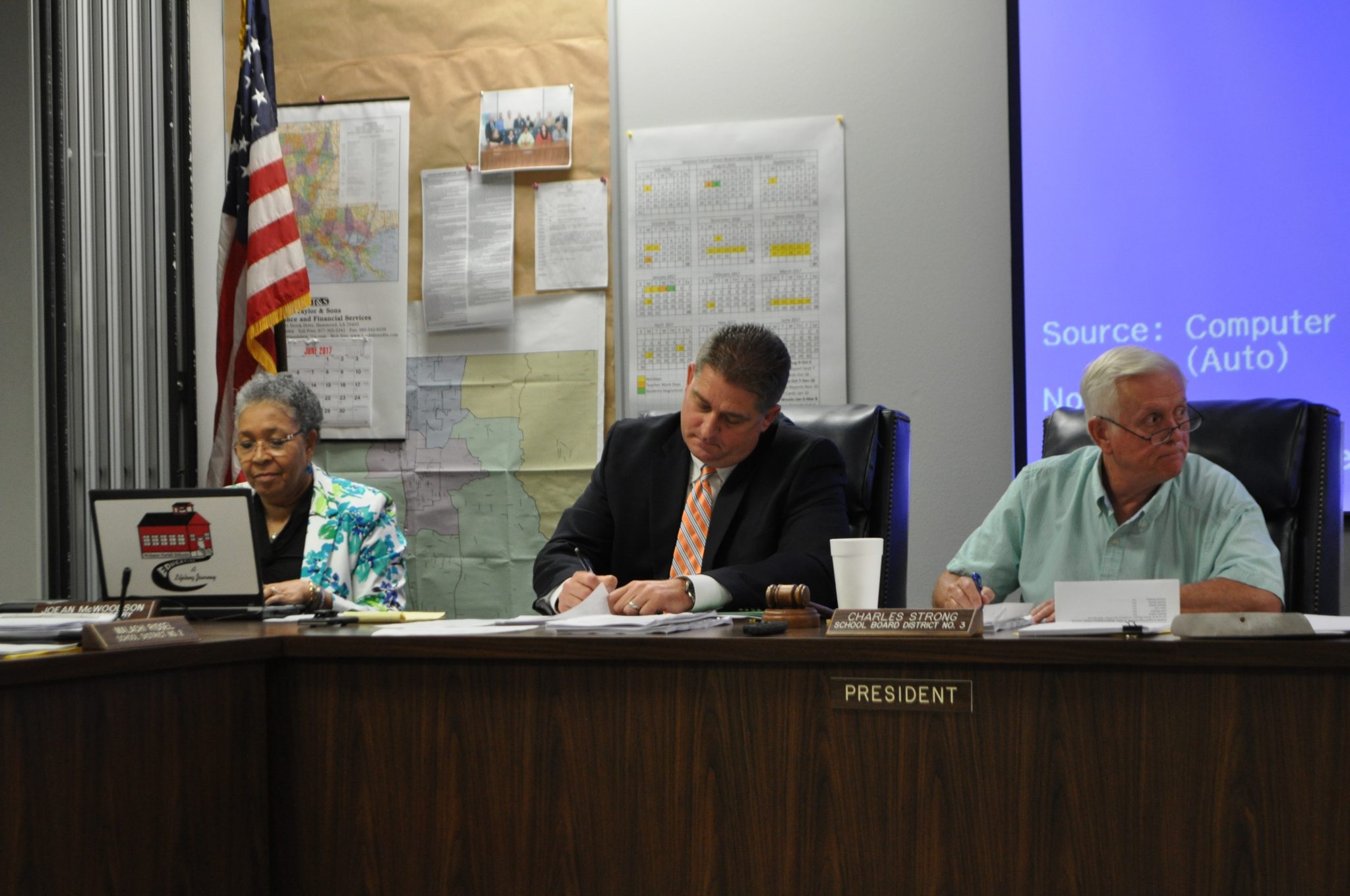 The Webster Parish School Board discussed simplifying the language in a sales tax that has been collected since the spring of 1996.
Board Member John Madden, District 6, said the language in the 1996 sales tax is confusing and needs to be clarified.

The 1 percent sales tax is collected and, for a period of five years, is distributed among all employees and goes towards benefits for retirees.

At the end of five years, it alternates to paying for things such as air conditioning, electric, transportation and technology, among other items. Currently, they are into year three of the five-year period to distribute to employees.

“It’s cumbersome and confusing,” Madden said. “I want to rewrite the language so that it doesn’t have that five-year cycle where it swaps back and forth. It is incredibly complicated. In my mind, the excess money, divided by the teachers is what they get and that’s not the case at all. (Finance Director Crevonne Odom) is rat-holing that money to pay it out over a five year cycle.”

In the language of the tax, it dictates the net proceeds, a minimum of $2.85 million, including a 15 percent increase to all employees, should be paid out to employees and any remaining funds should be paid towards retirees’ benefits as well as instructional programs, computer equipment and software in one five year cycle.

Because tax collections have declined each year over the last eight years, so has amount for employee distribution. This year, it was in the hole by about $441,000, but Odom pulled from reserves and estimated an amount based on last year’s May check, which was just over $1,000.

“When this first started in 1996, they projected they were going to collect $3.6 million,” she said. “At the end of this five-year period, they collected $4.3 million. The excess was $726,000, and you take that excess and divide it by the number of employees at that time, and a couple of other commitments that come off the top. That’s what was used to come up with the amount then.”

Other board members wanted some guarantee the district wouldn’t lose the tax altogether if it has to go back before the voters.

“We have to have assurance that if we put it back on the ballot with the new language, and it doesn’t pass, what’s going to happen with the old wording,” Frankie Mitchell, District 9, said.

Board President Charles Strong said it would revert back to the original language passed in 1996.

The 1969 sales tax is different altogether. Odom explained what the tax is used for and how it is calculated. The tax was passed in 1969 and certain percentages are paid out to professional and nonprofessional salaries. The professional salaries include instructional personnel, adjustments and sabbatical leave and substitute teachers, for a total of 70 percent of the tax. The nonprofessional salaries make up nearly 15 percent, going out to lunchroom workers, managers, custodians, maintenance personnel, school secretaries, bus mechanics and bus drivers. The additional 15 percent goes to the general fund for non-salary items.

The sales tax is further broken down. Under professional salaries, the instructional personnel receive 65.22 percent, with the adjustment of the first and second year at 1.07 percent. Sabbatical leave and substitute teachers receive 3.71 percent to total the 70 percent aforementioned. Under the nonprofessional salaries, lunchroom workers, managers, custodians, maintenance personnel, school secretaries and bus mechanics receive 13.14 percent with bus drivers getting 1.84 percent, to total 14.98 percent.

“We don’t know what the June collections will be, so we have to estimate,” she said.