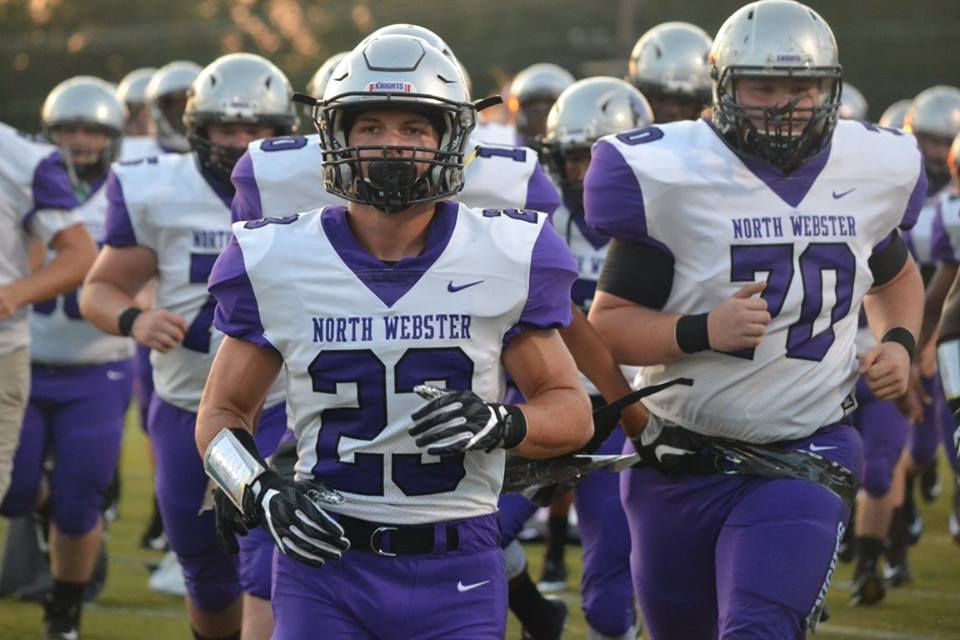 Things have taken a turn for the better at North Webster in recent weeks.

The Knights are winners of back-to-back ball games after a disappointing 0-3 start to the season against Haynesville, North DeSoto and Minden.

They’ve found ways to overcome the loss of running back Jaylen Thomas, survived woes along the offensive line and seem to have killed the turnover bug that was biting them week after week.

The defense, led by a physical front seven and opportunistic secondary, was never in question.

Yes, it seems the Knights are on a roll.

Looking to put a stop to the good times this Friday are the defending Class 1A state champions and currently top-ranked Tigers from Logansport High School.

The Tigers are perfect at 5-0 this season and feature a superb roster, including TCU-commit John Stephens, a 6-foot-4 receiver and matchup nightmare. Logansport also returned their quarterback, running back and most of a state-title winning defense.

“Obviously, they’re playing with a lot of confidence,” North Webster head coach John Ware said. “You can tell that just by watching the film. They’re big, they’re athletic all over the field, and like I said, very confident. They’ve won something like 20 games in a row now. They look the part and play the part; it’s going to be a challenge for us.”

The Knights have seen spread offenses this season, but none that will operate at this speed.

“They are very efficient and have multiple guys, so that’s always hard,” Ware said. “They have a 6-foot-6 receiver, so you have to do some things differently because of him. They try to go faster on offense than anyone we’ve played.”

The proper football response to Logansport’s style of play is to control the game on the ground and keep the vaunted Tiger O off the field, which works in North Webster’s favor.

“That’s pretty much our gameplan every week,” Ware said. “You have to be efficient when you get the ball, and efficient means running a lot of time off the clock and putting some points on the board with that; it’s very important this week because of how they play offense.

“We have to score when we get those opportunities too. We’ve been inside the 20 way more times than we’ve scored this season. We have to try and improve on that.”

Special teams are always a big factor when the Knights take the field, and that won’t change this week.

“We have to be big in that phase,” Ware said. “We have goals for that part that are the same every week.

We can’t have any blocked kicks or anything crazy happen to us. That’s been our formula all year long. When our specials play well, we’re in the ball game. When we have breakdowns, we’re not.”