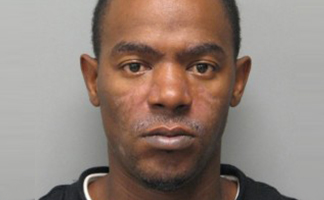 A Minden man found himself in handcuffs after police initiated a traffic stop and learned he had several active drug warrants.

Alex B. Grigsby, 28, of the 200 block of Pine Street, was arrested Thursday, Aug. 13, on Gum Street and charged as a fugitive from the Webster Parish Sheriff’s Office on three drug distribution warrants, possession of Schedule II CDS (marijuana) second offense, and a parole hold was placed on him. Bond totaled $200,000 and the parole hold had no bond.

According to reports, Minden Police Capts. Dan Weaver and Marvin Garrett initiated a traffic stop on Grigsby on Gum Street. He was arrested for the three outstanding warrants.

Lt. Richard Cooper was an investigating officer in the case.

“The three distribution warrants are the results of an investigation by the Webster Parish Sheriff’s Office,” Garrett said. “We waited on him all day and he eventually left his residence. We made a traffic stop on him, and he had some marijuana on him at the time we made the arrest.”
Webster Parish Sheriff’s narcotics detective Lt. Shawn Baker says over the course of a six-month investigation, they’d made three undercover buys from Grigsby, purchasing ecstasy and crack cocaine.

“Capt. Garrett and Capt. Weaver helped us on the investigation, and we were looking for him Thursday,” he said. “He had a $20 sack of marijuana on him when they arrested him.”

Grigsby was placed under arrest and transported to the Minden Police Department on the above charges.

He was transported to Bayou Dorcheat Correctional Center where he remains incarcerated.