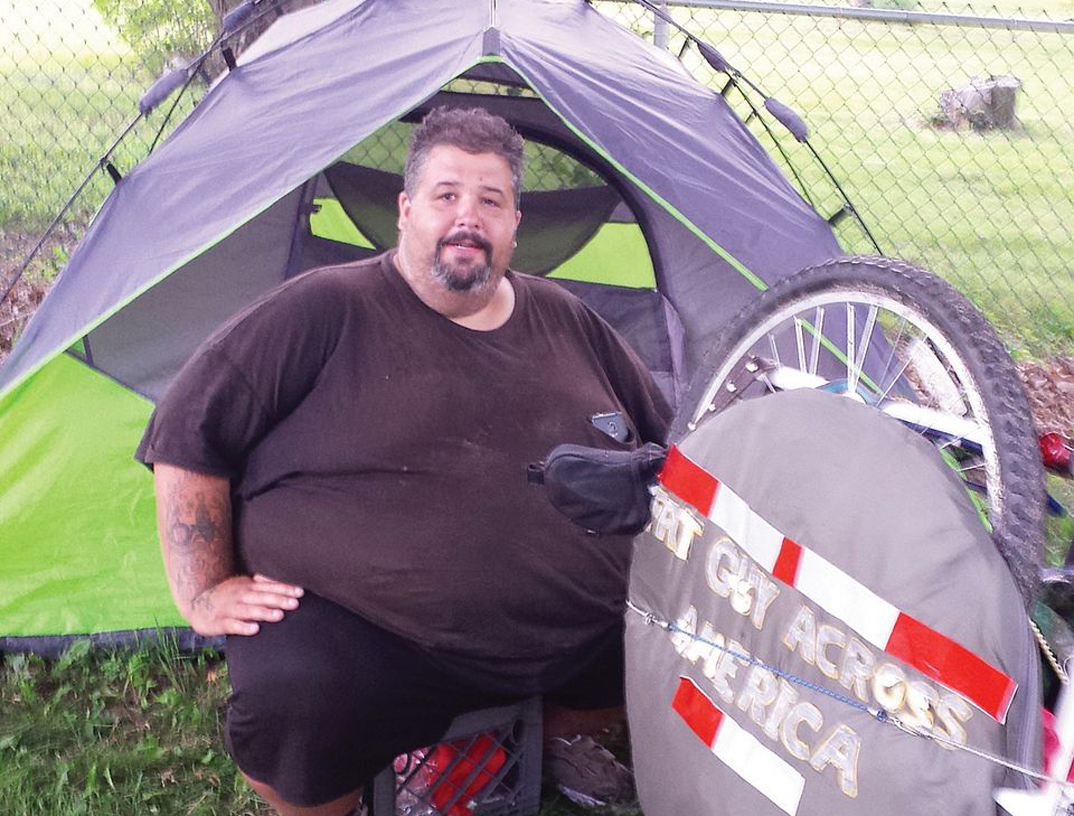 TIVERTON, R.I.— A 560-pound man biking across the United States to lose weight hit a snag in Rhode Island.

The Newport Daily News reports a bent rim on Eric Hites’ bicycle has kept him in Tiverton since late last week, 90 miles from where his ride began in Falmouth, Massachusetts.

Newport Bicycle is outfitting Hites with a new bike that can withstand his weight.

Hites, who currently wears size 70 pants and a 10X T-shirt, says he’s always been a big person. He hopes to lose hundreds of pounds and gather material for a second book.

He previously authored a humorous cookbook entitled “Everybody Loves Ramen,” which includes 50 recipes he developed in college.