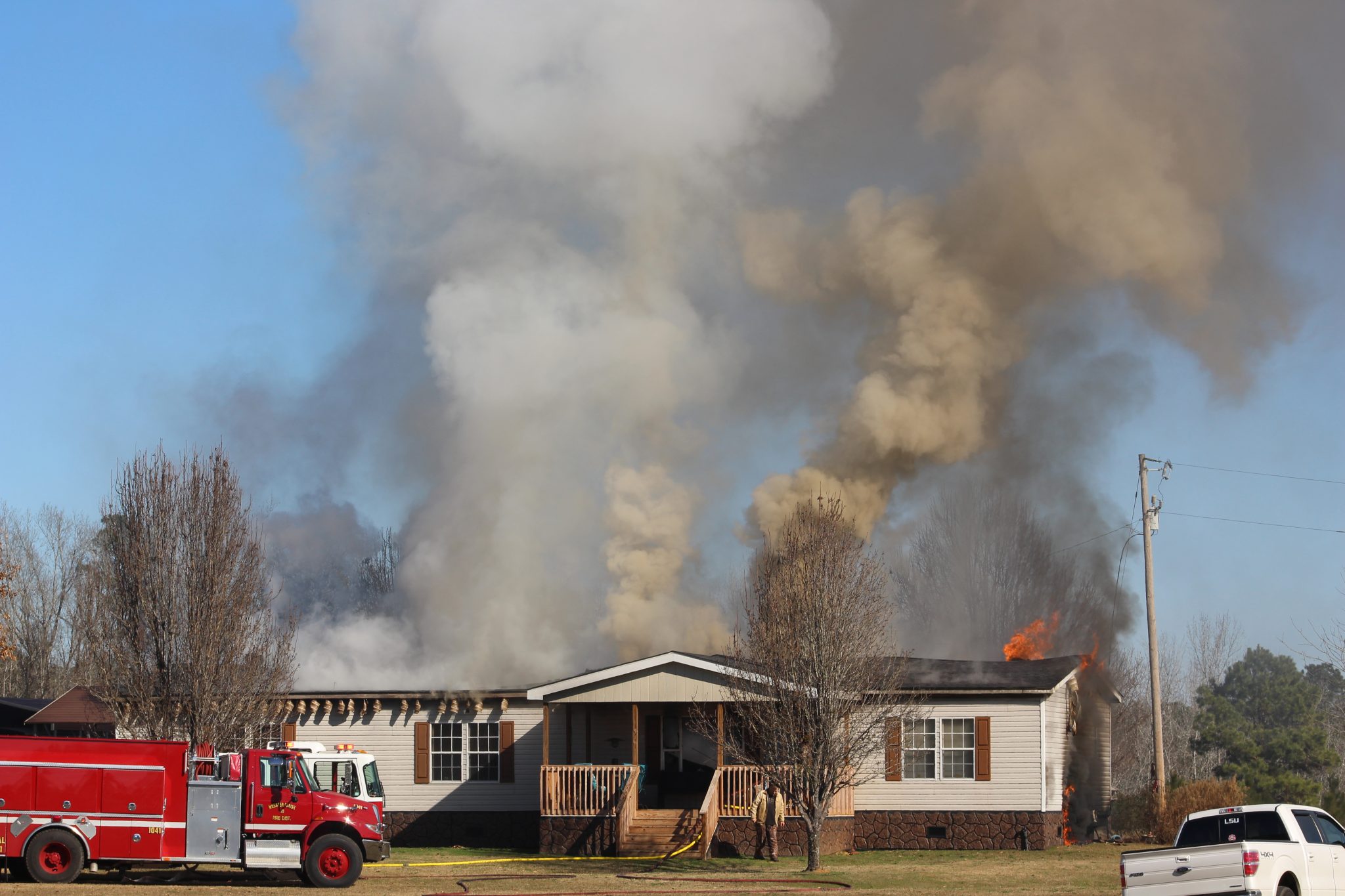 After years of serving Minden and Dubberly communities, firefighter Ronnie Chreene and wife Mary are rebuilding their lives after a personal tragedy.

The couple lost their home on Jack Martin Road after flames engulfed the structure Saturday.

Chreene, who is a captain on Minden Fire Department and Chief of Dubberly Fire Department, and his wife were not home at the time the blaze destroyed their home.

“They lost their home and almost all of their belongings to the fire,” Minden Fire chief Kip Mourad said. “They are shocked and saddened by the tragedy. They have often helped so many others when fire has destroyed homes and belongings and now it’s time to help them, if possible.”

Responders were able to save some personal items, but the Chreenes’ family pet did not survive.
“They are not the kind of people who find asking for help easy,” Mourad said. “They’ve never been on ‘this side’ of a fire tragedy. Any help would be greatly appreciated.”

The couple said the outpouring of support from the community has been overwhelming.

“We cannot express enough how much support we have received from everyone,” Mary said.

Of the things the couple identified as needing most, prayer was their priority request.

They have received offers of furniture and other items they are not yet prepared to accept due to currently living arrangements as they wait on insurance claims and other procedures to conclude.

The determined duo plan to spruce up a camper during the interim.

While the couple is sad to see the family home of 15 years gone, they feel fortunate no one was home at the time of the fire.

“It could have been so much worse than it was,” Mary said. “We are counting our blessings.”
Ronnie, who has been to hundreds of fire over his 27-year career, said he always had compassion for those who suffered loss due to a fire.

“Now I see it from a whole other aspect,” he said. “I know how they feel.”

The Chreenes commended the responding departments and said firefighters worked harder than necessary.

“I could only stand there and watch… They worked so hard to save everything they could,” Ronnie said. “I cant thank them enough. They did a great job.”

The Chreenes said they feel odd being on the receiving end of help, but they plan on paying it forward as soon as possible.

“People have been so fantastic,” Mary said. “For all the calls, thoughts, prayers gift cards, money, … we are so overwhelmed and we are so thankful.”

Ronnie said he is putting his faith in God at this time of crisis and quoted Romans 8:28.

“All things work together for good,” he said. “This situation is temporary.”

Monetary donations can be deposited on behalf of Ronnie and Mary Chreene at MBL Bank.