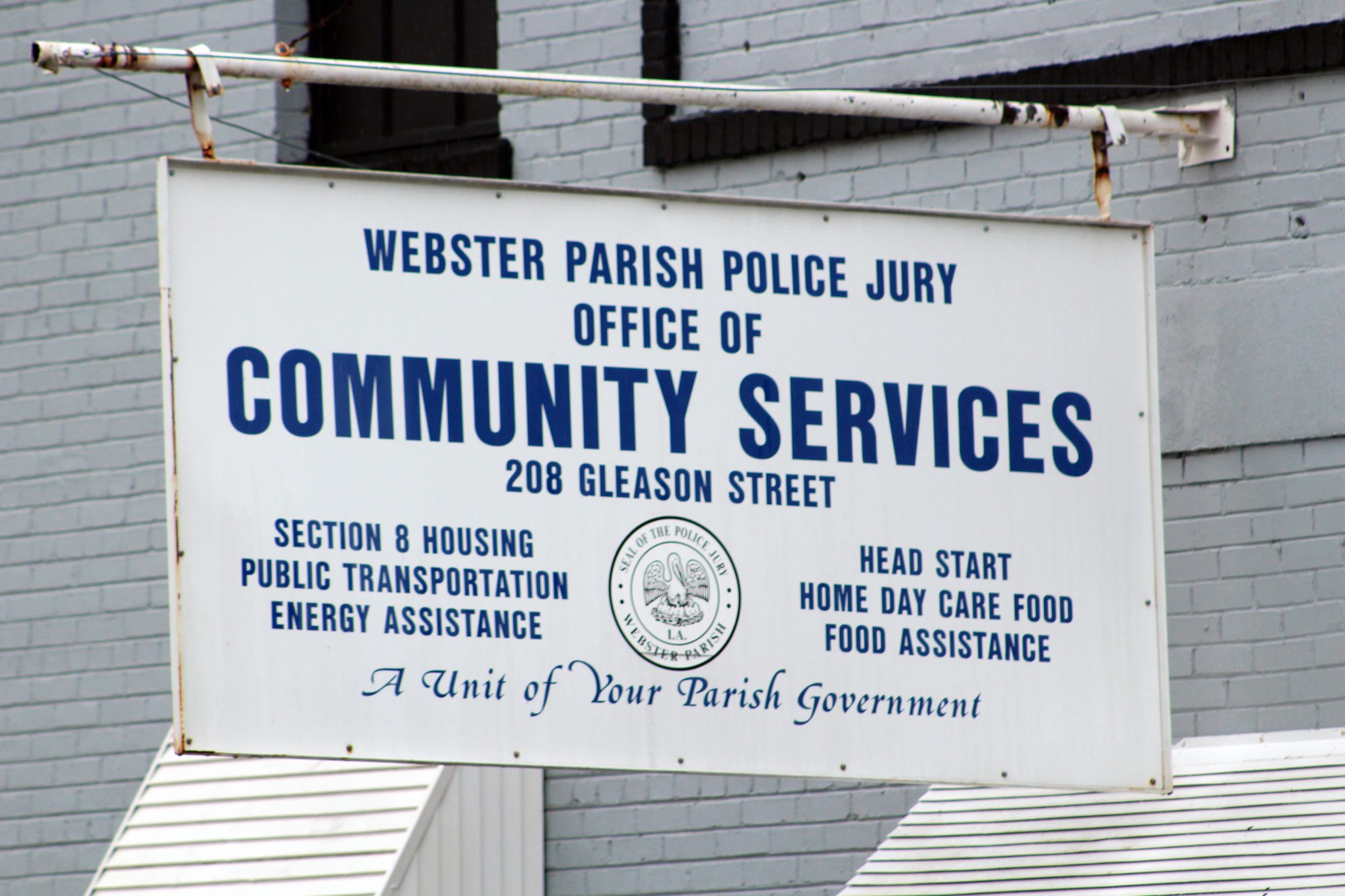 Charges filed and updates to policy are the results of an August audit of the Webster Parish Office of Community Services’ 2015 financial records.

The audit, conducted by certified public accountant group Allen, Green and Williamson, LLP of Monroe, revealed significant deficiencies that are required to be disclosed, however no instances of noncompliance were found.

The deficiencies are not considered material weakness, and resulted in an unmodified audit.

The audit revealed a contracted accountant notified the executive director about inconsistencies in the financial records and bank statements in May.

An investigation revealed bank statements were altered and unauthorized checks were not recorded in accounting records cleared thru the payroll bank account.

According to the audit, unauthorized checks were pulled out of sequence from a stock of blank checks and others were taken from a list of destroyed checks. The audit found issues with controls over blank checks were lacking and no procedure was in place to review checks.

Minden Police arrested financial director Kristy Oglesby Pietsch in June on a warrant for felony theft and forgery after an investigation into the unauthorized checks.

Investigators said between November 2014 and May 2016 Pietsch deposited more than 50 unauthorized checks from the agency into her personal account.

“The audit did reveal the fraudulent behavior and we were advised on how to prevent it from happening again,” Jerri Lee, president of the Office of Community Services Board and Webster Parish police juror said. “Our board will be reviewing the audit and discussing new policies and updating our procedures. One way we will increase checks and balances is to create a dual control signature process for every check signed. Changes will mean our board members will become more active in the everyday activities, with a significant focus on our financial process.”

Other issues found in the audit include improperly reconciled books, inter-fund transfers recorded as inter-fund receivables, transfer to eliminate deficiencies in grant funds and payroll being recorded twice.

Also found in the audit were issues with Section 8 Housing Choice Voucher program reports. Discrepancies in reports showed one month was over by one unit while another month was under by eight units. Reports for the selected review period of three months were submitted three times before being accepted.

“Many times changes are made at a state or federal level which affect us locally,” Lee explained. “Where in the past, someone might have made a donation of goods or materials to one of our programs, it was a matter of a handshake and a thank you. People want to help and often do not want documentation or credit for supporting their community. But with changes in how government agencies must account, documenting these in-kind types of donations fell through the cracks.”

Lee said finding the errors in operation is imperative to the success of the programs operated by the jury and the office of community services.

“While we are disappointed to be in a position to not have had an issue-free audit, I’m grateful the issues were found and corrective action has been taken,” Lee said. “It is important for us to be good stewards of these programs and the revenue that funds community services. We were lucky to have such an attentive reviewer who caught things that the casual observer may not have found an issue. These are good, progressive changes for us to make.”