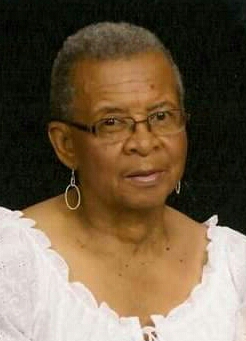 Funeral services for Ava Marie Byrd Jones will be at 11 a.m., Saturday, June 13, 2015 at St. Rest Baptist Church under the direction of Benevolent Funeral Home in Minden.

Ava was born on August 19, 1940, to the late Leonard and Bennie Gibbs Byrd in Homer. She departed this life on June 5, 2015, at Magnolia Manor Nursing Home in Shreveport.

At an early age, Ava dedicated her life to Christ at Ebenezer Baptist Church under the pastoral guidance of the Rev. John S. Davis Sr. She later became a member of Mt. Zion Baptist Church in Kimble.

She married William A. Jones, who preceded her in death, and to this union, three daughters were born – Willetta, Yolanda and Marquitta.

Ava was a 1957 graduate of Mayfield High School in Homer. She continued her education at Wiley College and Grambling College where she obtained a social science degree and a bachelor’s degree in social studies.

She served 34 years as a history/social studies teacher in East Carroll (Southside Jr. High) and Claiborne (Athens High) parishes. Upon retirement from the school system, she continued to work in banquet service at the Clarion Hotel in Shreveport. She touched the lives of many of whom she came in contact with. Ava was a member of the Alpha Kappa Alpha Sorority, Inc. and the Order of Eastern Star.