Home Opinion Battle with the critters 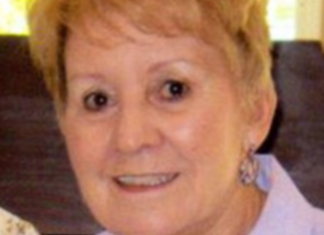 Well, it seems as if we’ve retired from gardening. The fence is down and the spot has been bush hogged.

For the past several years, our gardening efforts dwindled a bit more each year. Last year we had a few tomatoes, squash and cucumbers but the watermelons and cantaloupes were a complete bust.

An electric fence succeeded fairly well in deterring the deer, however, the wild hogs, raccoons and other critters continued to find a way in.

The melons grew and as they began to ripen, Hubby walked through to see if any were ready to pick. What he found was surprising and totally disgusting.

It seems the sly little ‘coons had slipped in at night, eaten holes in the ends of the ripe ones and methodically reached in and “pawed” most of the melon out. We were so upset with those creatures, however, there wasn’t much we could do but bemoan the fact they beat us to them.

This year was going to be one more try. With all the rains and cool ground temperature, it was late before we got them in the ground. Hubby set out six tomato plants, three of which lived, and planted two or three rows of watermelons and one of cantaloupes. He checked them almost daily, anxious for them to break through the ground. Finally he saw one or two and he began to have hope. But that was short-lived.

A few mornings later as he inspected the garden, he saw deer tracks and what appeared to be hog tracks. It seemed as if they just took delight in walking straight down the rows, trampling the delicate plants into the dirt.

So that was the end of the melons. By then, it was too late to re-plant, and why bother, as the same thing would probably happen again.

By the end of last year’s garden, the fence was already partially down. It was torn down on one side by a visiting cow, who seemed to make her way into it every day. We didn’t bother to repair it before we planted, which, I suppose, was a mistake. But by then we were tired of battling animals.

So this year, we tried again with the fence partially down. We knew better, If they got in last year with the fence up, what could we expect if it was down? Oh, well, lesson learned.

Of the three tomato plants, one is thriving and has a few good-sized tomatoes on it. I am starving for some good home grown tomatoes and, so far, have been unable to find any. My next try will be to visit a produce stand where surely there will be some. I think the local farmers’ market was having trouble, as the tomatoes were all late this year.

So, last week, Hubby announced he was taking the fence down and removing the electric wire that was leading to it. I was kind of surprised, but not too unhappy about it.

He worked on the project until he had the fencing removed, the wire rolled up, posts pulled up and the electric wire removed. Then, our son appeared with his tractor and bus hog and in a short while the area looked nice, flat and green. Only one problem, there’s more yard to mow.

As of now, we’re waiting on our few tomatoes to grow and ripen.

Just hope we can get them before the wild critters discover them.

Fannie Moore is a journalist who lives in Shongaloo where she enjoys writing on a variety of subjects.