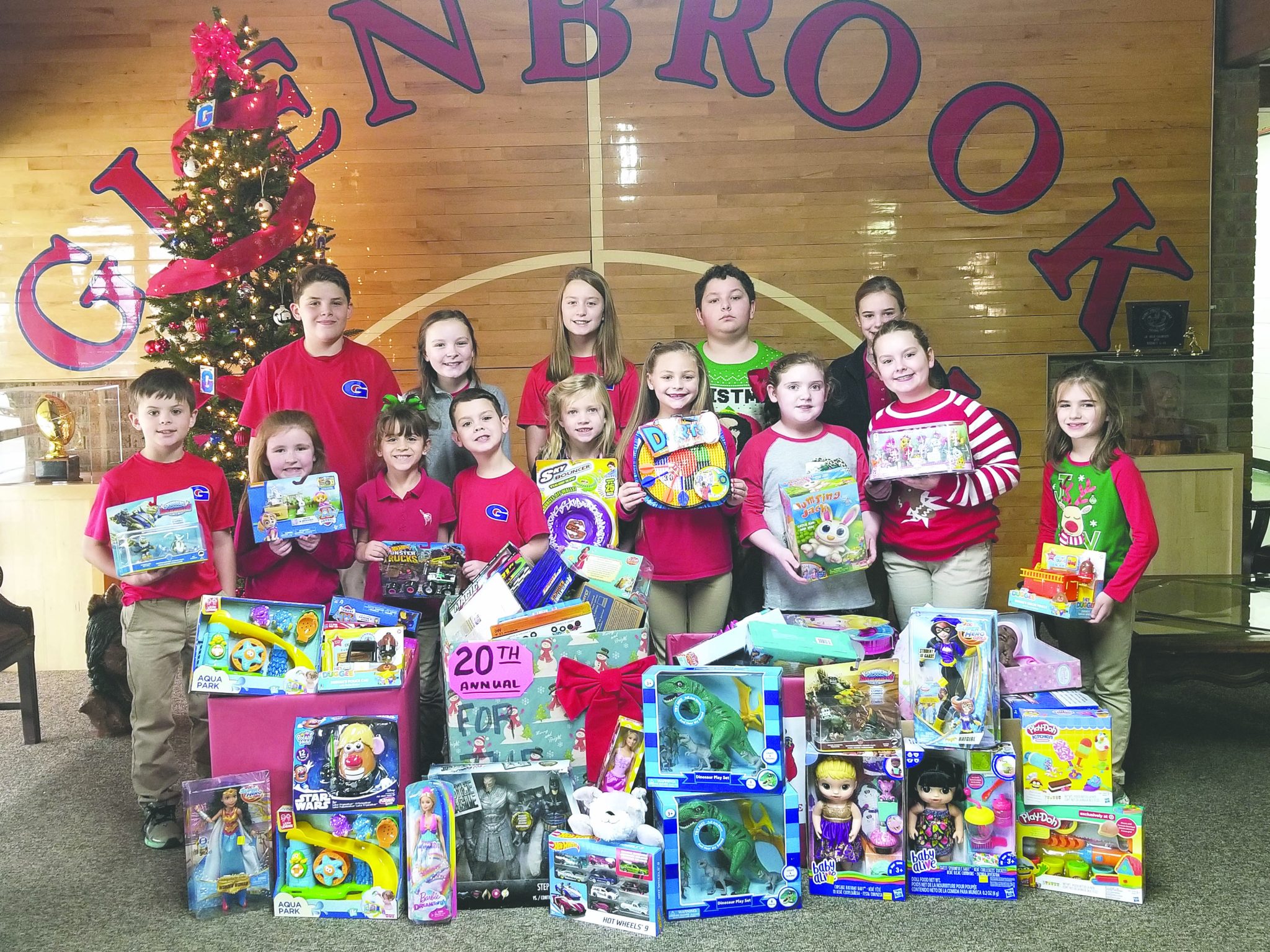 Last year Knott took the $100 he won from a raffle and used it to buy toys for kids in hospitals during Christmas. He realized the $100 would only cover about six toys, which is when his mom stepped in and helped him get a cartful of toys for children other than himself. Knott and his mother continued to buy toys throughout the year.

“It feels really heartwarming and you feel good to know you’re helping others,” Knott said.

Knott decided to invite the other students of his school to join him in giving and the response was tremendous.

Knott said he was surprised by how many gifts were donated.

“It’s really surprising because a lot of people that I didn’t think would give, did. It surprised me a bunch,” Knott said.

“I think the kids enjoy knowing that they get to help other children,” Landen’s mother Haley Knotts said.

This is the 20th year Cage has performed the toy drive to assist children in hospitals.

“We love doing it and I don’t think we’ll ever stop,”Cage said.

Cage gives the gifts out Christmas Eve, starting in Minden then going onto hospitals in the surrounding areas.

“We start in Minden because it’s the hometown. Minden goes above and beyond. It always has for as long as I remember, so I want to start with our hometown community, always. From there, we just go from one end of I-20 to the other until we’re out of toys,” Cage said.

Cage himself, spent a lot of time in the hospital as a child with a heart condition.

“I was fortunate enough not to be one of the ones there during Christmas time but I know how scary it feels. My heart condition was so rare, I was used in case study after case study. I was one of those kids that used to sit on the table and be the guinea pig and it was scary. It’s scary when you’re a kid,” Cage said.

Cage says he will be posting pictures to Facebook of the toys being delivered to the various hospitals.

“We are so happy that we’ve been given this privilege. It really is a privilege to be a part of this to help children at this time of the year. So I want to say to [Byron Cage] thank you for including us in this endeavour,” Dr. Naomi Coyle said.

Coyle said there was little promotion of the drive so she was surprised by how many children stepped up to give to others.

“This time of the year, kids too, are open to the Christmas spirit. ” Coyle said.