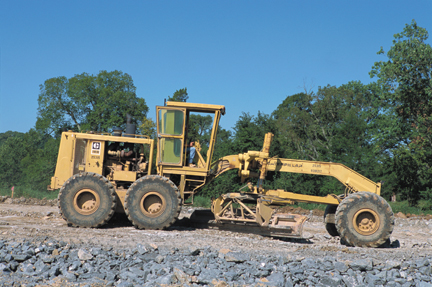 The proposals by Sen. Robert Adley, the Senate transportation committee chairman, are an effort to chip away at the state’s $12 billion backlog of transportation needs while coming up with an additional $70 million a year to maintain existing roads.

The constitutional amendments would change the rules of the state’s “rainy day” fund to help provide more financing for roadwork.

They would steer dollars that currently would go into the rainy day fund instead to transportation work, generating an estimated $21 million over the next five years for projects — but much more in later years, estimated at as much as $100 million annually.

The Senate-approved bills won support Monday in the House Appropriations Committee without objection and head next to the full House for consideration. Because they would change the constitution, they would need voter approval.

In a trade-off, one of the proposals would do away with a law to dedicate vehicle sales tax money to road and bridge work. That dedication was supposed to shift an additional $400 million a year to transportation projects, but the state has never hit the revenue trigger required to move the money.

Currently, the trigger isn’t supposed to be reached until at least 2020, and Adley, R-Benton, said that with Louisiana’s ongoing budget problems, taking that much money out of the state general fund “is just not a reality.”

Lawmakers have struggled for years to find ways to send more money to road and bridge projects without raising taxes. Adley’s bills were welcomed as a way to achieve that goal. They sailed through the House committee so easily, Adley joked: “I’m not used to having this kind of support. It’s kind of making me nervous.”