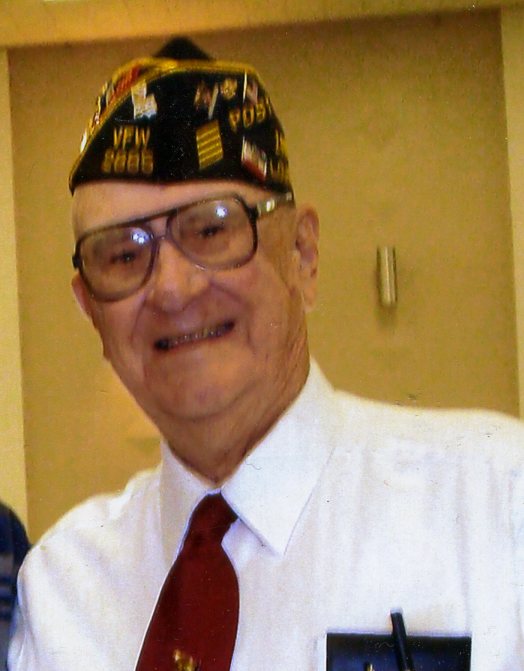 Funeral services for Billy Moore Reeves will be held Tuesday, Oct. 18, 2016 at 1 p.m. at West Lake Baptist Church in Doyline with the Rev. Melvin Fletcher officiating. Interment will follow at West Lake Cemetery in Doyline under the direction of Rose-Neath Funeral Home in Minden. The family will receive friends from 5 until 7 p.m. Monday, Oct. 17, 2016 at Rose-Neath Funeral Home in Minden.

Billy was born July 11, 1922 in Brookhaven, Mississippi and entered into rest Oct. 14, 2016 in Minden. Billy served his country in the United States Army during WWII and Korean War earning the Purple Heart Medal. He was a member of West Lake Baptist Church where he was an elder. Billy served four consecutive terms as city councilman, president of Doyline water board, retired Chief of Police for Doyline, retired with WPSO as a deputy, a member of VFW Post 2885, Minden Lion’s Club, and Minden Masonic Lodge # 51 in which he was very active in all these organizations. He was a very civic minded citizen whose practices reiterated the phrase “For God and Country”. Billy will not only be missed by his family, his community has suffered a great loss and will miss his kindness and generosity as well.

He was preceded in death by his wife LaVerne Reeves and daughter Andrea Reeves.