Home Uncategorized ‘Click it or Ticket’ campaign underway in Minden 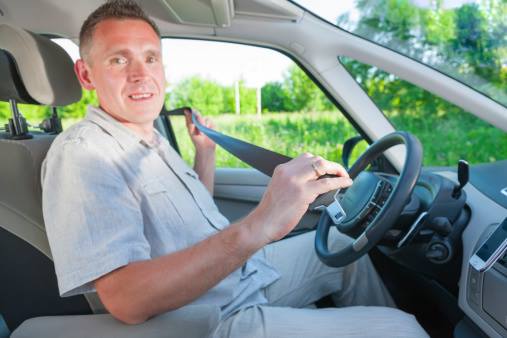 The national “Click it or Ticket” campaign is underway and Minden police have beefed up their patrols looking for those who aren’t wearing their seatbelts.

Police Chief Steve Cropper says as part of the national seat belt enforcement campaign, his department is joining agencies around the country in stepping up enforcement through May 31, just ahead of one of the busiest travel weekends of the year.
“Every day, unbuckled motorists are losing their lives in motor vehicle crashes,” Cropper said. “As we approach Memorial Day weekend and the summer vacation season, we want to make sure people are doing he one thing that can save them in a crash, buckling up.”

According to the National Highway Traffic Safety Administration, nearly half of the 21,132 passenger vehicle occupants killed in crashes in 2013 were unrestrained. At night, from 6 p.m. to 5:59 a.m., that number soared to 59 percent of those killed. That’s why one focus of the Click it or Ticket campaign is nighttime enforcement. Participating law agencies will be taking a no-excuses approach to seatbelt law enforcement, writing citations day and night.

In Louisiana, the maximum penalty for a seatbelt violation is $50 for a third offense and each subsequent offense, plus all court costs.

“If you ask the family members of those unrestrained people who were killed in crashes, they’ll tell you – they wished their loved ones had buckled up,” added Cropper. “The bottom line is that seat belts save lives. If these enforcement crackdowns get people’s attention, and get them to buckle up, then we’ve done our job.”