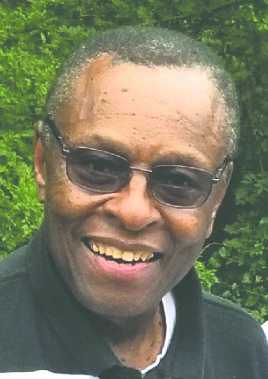 Celebration of Life Services for Chief Master Sergeant will be held Saturday, August 17th in the  Chapel of Rose Neath Funeral Home with Elder Alvin Charles, officiating.  Interment will follow at the Home Civic League Cemetery.

Johnnie Edward Charles was born May 22, 1939 to the late Johnnie Charles and Ethel Lee Brown Charles.    He departed this earthly life at his residence on August 10th.

He united in marriage to Dorothy Valerie Peerless and to this union a daughter, Cassandra was born.

Johnnie Edward Charles faithfully served our country in the United States Air Force retiring from service as a Chief Master Sergeant with 29 years and 9 months of service.  He received numerous awards, decorations and citations during his military tenure.   After his military career, Johnnie Charles was employed and retired as a Sergeant of the New Jersey Department of Corrections.

He continued his commitment to Civic duty in his participation of Big Brothers of America, Juvenile Justice League, Home Civic League Cemetery Association, Foster Care Place of Minden, CASA.  Johnnie enjoyed assisting the elderly with transportation to medical appointments and any needed assistance.

Visitation will be held Friday, August 16th  in the chapel of Kennon’s Mortuary from 10:00 AM to 6:00 PM.   Services are entrusted to Kennon’s Mortuary.  Email condolences may be sent to kennonsmortuary@suddenlink.net

The family of Johnnie Charles expresses their sincere gratitude to Regional Hospice and all who expressed acts of condolences and kindness.