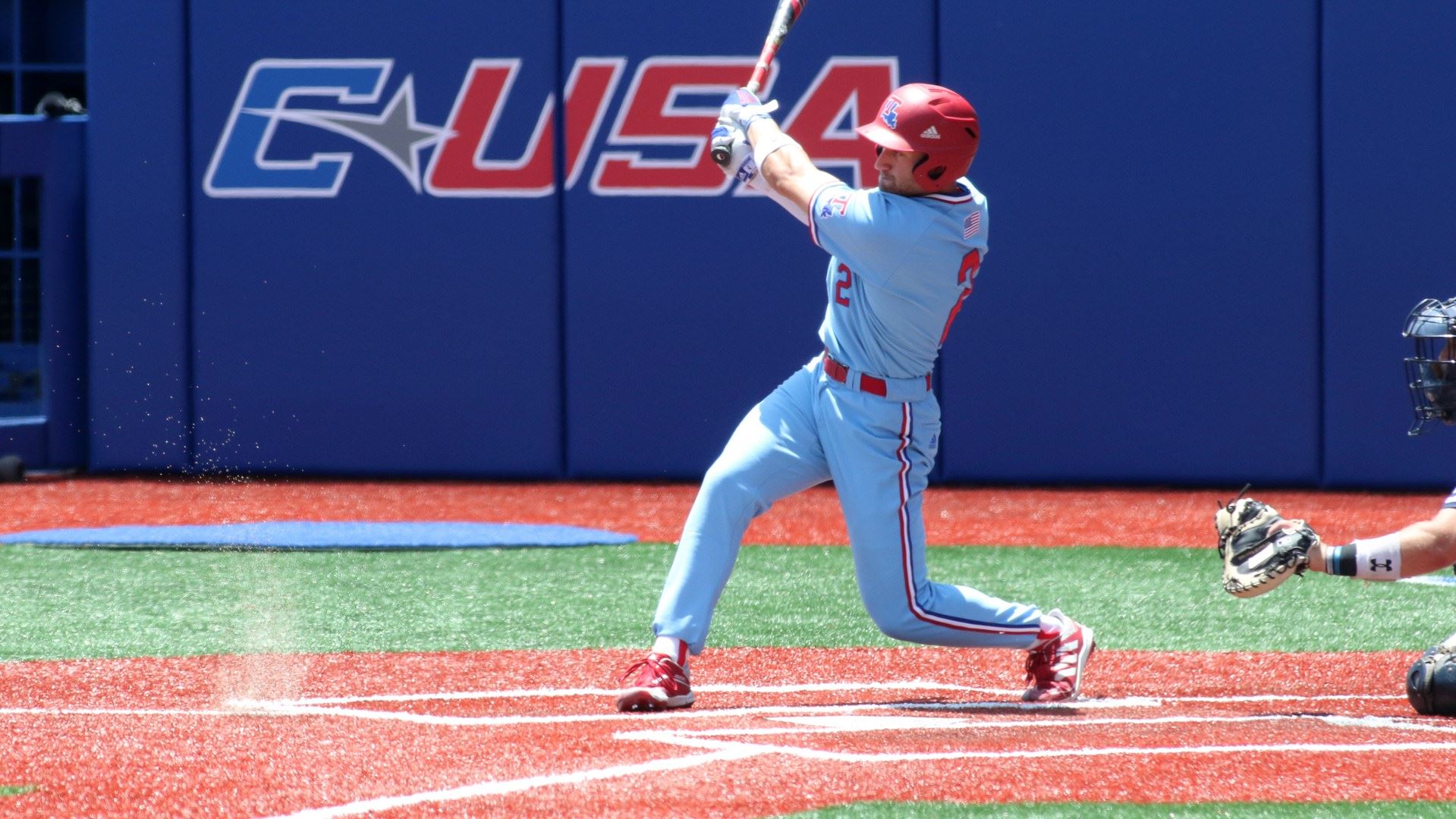 Old Dominion left fielder Kyle Battle launched a two-run homer to right center in the top of the 10th inning, and right-hander Aaron Holiday tossed an inning and a third of scoreless relief as the No. 4 seed Monarchs defeated host and No. 2 seed Louisiana Tech 7-5 in 10 innings in the title game of the 2021 Air Force Reserve Conference USA Baseball Championship at J.C. Love Field at Pat Patterson Park.

With the victory, the Monarchs (42-14) earned the league’s automatic bid to the NCAA Division I Baseball Championship.

Louisiana Tech (40-18), which rallied with single runs in the bottom of the eighth and ninth to send the game to extra innings, will learn – along with several other C-USA teams – of their postseason fate when the NCAA announces its 64-team field on Monday at 11 a.m. CT.

The championship tournament victory was the first for Old Dominion since joining Conference USA for the 2013-14 academic year, and it is ODU’s fifth postseason conference crown overall. The Monarchs will be making their ninth trip to the NCAA postseason and their first since earning an at-large bid in 2014.

ODU shortstop Tommy Bell, who went 1-3 with a two-run home run of his own, was named C-USA’s 2021 Russell D. Anderson Most Valuable Player of the tournament after finishing the week with a .615 batting average (8-13) with three homers and eight RBI while playing flawless defense with 11 putouts and 10 assists.

Following a pair of scoreless frames, Louisiana Tech opened the scoring with a pair of runs in the bottom of the third courtesy of a two-RBI single through the right side of the infield by centerfielder Parker Bates.

Old Dominion cut the deficit in half in the top of the fifth when first baseman Matt Courtney doubled to right, advanced to second on a failed pickoff attempt and scored on Battle’s bases-loaded walk.

The Bulldogs answered in the home half of the frame with a RBI single from Steele Netterville to extend their lead to 3-1.

Right fielder Andy Garriola singled and Courtney walked with one out before Bell hit his eighth home run of the season to give Old Dominion a 4-3 lead in the top of the sixth.

The Monarchs added a run on a pinch-hit solo homer deep to right center by Robbie Petracci in the top of the eighth, but Louisiana Tech followed with an RBI double by second baseman Taylor Young in the bottom of the eighth to lead 5-4.

LA Tech tied the game 5-5 in the bottom of the ninth on a leadoff homer by Bates over the batter’s eye wall in center.

Holiday (4-1), who allowed just one hit and one walk while striking out a pair, was one of nine pitchers used by Old Dominion. The Bulldogs’ Jonathan Fincher (7-3) took the loss in relief after he allowed two runs on one hit and a hit batter with a strikeout in his lone inning of work.

ODU catcher Brock Gagliardi was one of three Monarchs to post a multiple-hit performance, going 3-5 with a double, while Courtney and centerfielder Thomas Wheeler each had two hits.

Louisiana Tech had three players with multiple hits as Bates was 3-4 with a homer and three RBI while Netterville and right fielder Philip Matulia each had two RBI.