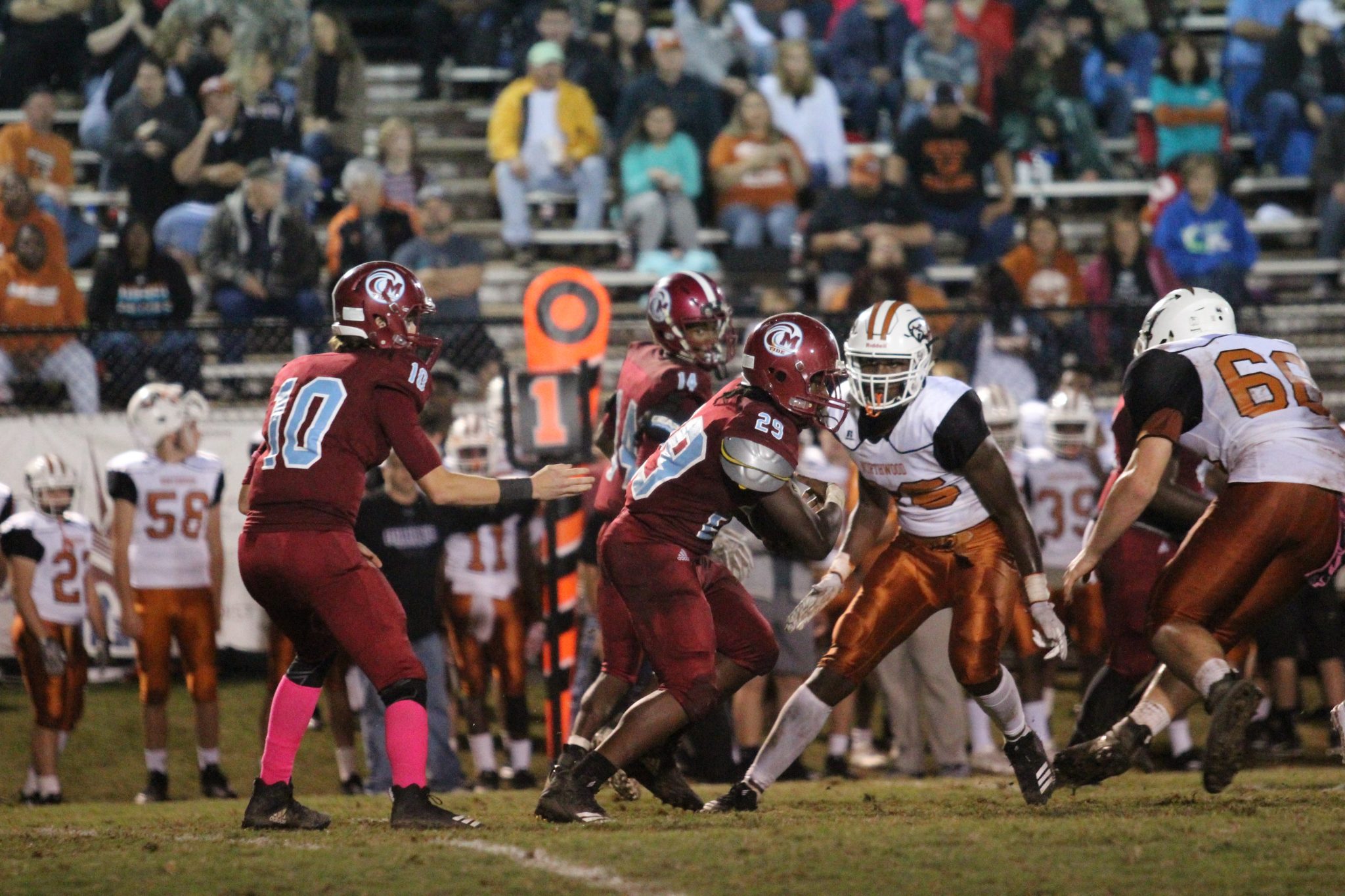 Minden mounted a second-half comeback after falling down 20-0, but Northwood was able to get a big fourth down stop with four minutes left in the game and ran out the clock after.

“It’s frustrating as a coach, and I’m sure it is for the players too,” head coach Spencer Heard said. “We gave them all of their points on turnovers.”

Minden falls to 2-6, and will need to beat both Bossier and North DeSoto in the final two weeks of the season to have a shot at a playoff spot.

“The main thing as the coach is just to try to keep them up and stay positive,” Heard said. “After the game I told them that we have to finish the season in a positive fashion and just come back to work on Monday and keep our nose to the grind.”

Northwood improves to 8-0 and will remain in the top-5 in the 4A state power ratings.

AJ Lister started the game off with an interception for Minden, but the following play turned into the first defensive touchdown for Northwood. Jacareon Lathan was tackled as he was handed a reverse and the Falcons picked up the fumble and walked into the end zone.

Northwood scored again on defense two possessions later after Trent McLaughlin fumbled the ball while scrambling that turned into a second scoop-and-score for the Falcons.

Kyren Brown started the second half off with the final Northwood touchdown when he intercepted McLaughlin and returned it for a touchdown. That put the Falcons up 20-0 after Zi Crawford blocked the extra point attempt.

“Our defense has played well all year and against Northwood was no exception,” Heard said. “We have some speed on that side of the ball and we shut them down on offense.”

The Tide held Northwood’s offense to just 156 total yards in the game. Minden outrushed the Falcons by over fifty yards and held the advantage in the air as well.

In the second half, McLaughlin recovered quickly and led Minden’s comeback effort. He found Jakobe Greenard with a 10-yard pass, then Lathan, then Jacob Walker to lead the Tide down the field.

Lieric Robinson did the rest of the work and ran for a two-yard touchdown that put the Tide on the board.

“With Lieric it’s been one of those things where he’s just proven throughout the year how good he is for us,” Heard said. “I knew he would be good before the season, but he’s proven to be a main staple of our offense.”

Lathan recovered the ensuing onside kick, and McLaughlin found Seth Johnson that put Minden in the red zone shortly after. The Falcons came up with a stop, but then punted the ball back to Minden after stalling on offense. Minden’s defense came up big all night and did not allow the Falcons powerful attack to score at all.

McLaughlin found Johnson on a 40-yard pass that set up a Robinson touchdown pass from McLaughlin with seven minutes left in the game that brought the tide within one score.

“We’ve been able to move a few people around on offense, like adding Jacareon [Lathan] to the offense, and that’s given us some explosiveness,” Heard said.

Minden’s defense came up big again and forced a punt, but the Tide stalled on offense and ultimately turned the ball over on downs.

“We’ve got to come back to work on Monday and get it going again,” Heard said. “We have to continue to do what we believe in.

“Anything can happen. I definitely believe we can win our last two games and just see what happens. I think we’ve shown that we can play with anybody. But we definitely have to figure out a way around these turnovers. We practice it every day.”

The Tide play at Bossier on Friday night before playing host to North DeSoto on the last game of the regular season.