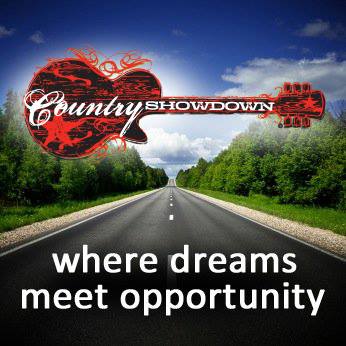 KBEF is hosting the largest country music talent search and radio promotion of the event.

“We consider the Country Showdown one of the most anticipated events in country music each year,” KBEF owner Mark Chreene said. “It’s an exciting community event that provides aspiring artists in our area an opportunity for state, regional and national exposure while promoting a greater appreciation of country music. We’re excited to bring this event to Minden.”

KBEF’s local competition will be from 7 until 9:30 p.m. Friday, June 26, at the Minden Community House, located at 711 Gladney St. in Minden.

Entry forms are available at the Minden branch of Gibsland Bank and Trust, KBEF studios, located at 410 Lakeshore Drive, or online at www.kbef.com.
Open to vocal/instrumental performers, the country showdown welcomes individual acts or groups with up to seven members to compete. Acts also must not have performed on a record charted in the top 100 country format of Billboard within 18 months preceding the local competition.

A $20 entry fee is required of all acts entering the country showdown produced by participating country music radio stations. To ensure fairness, a uniform judging system will be used on all levels of competition.

The showdown is sponsored in part by the Webster Parish Convention and Visitors Bureau. WPCVB executive director Lynn Dorsey says the showdown is like the competition in Shreveport where Jared Mourad competed for a shot for a spot on The Voice.

“They actually compete locally and then the radio stations sponsor them to go compete nationally,” she said. “According to Kristy Cox (of the famous Grammy award-winning The Cox Family), this is how a lot of stars get to Nashville. We discussed how much talent we have in this area and what a great opportunity this is to get some of our people from our area to get a chance to go to Nashville.”

Designed to find the most promising country music talent in the United States for the past 33 years, the Country Showdown gives aspiring artists a chance to launch their professional careers. Thousands of performers compete annually for the Country Showdown title.
Approximately $200,000 in cash and prizes will be awarded nationwide, including the grand prize of $100,000 cash to the national winner, presented at the national final televised special.

Each spring, hometown talent contestants sponsored by more than 500 local radio stations across the country pave the road for stardom. Local
winners advance to over 40 state contests, where the prizes include $1,000 in cash and the opportunity to receive an expense-paid trip to the national final to compete for $100,000 and the coveted national title.