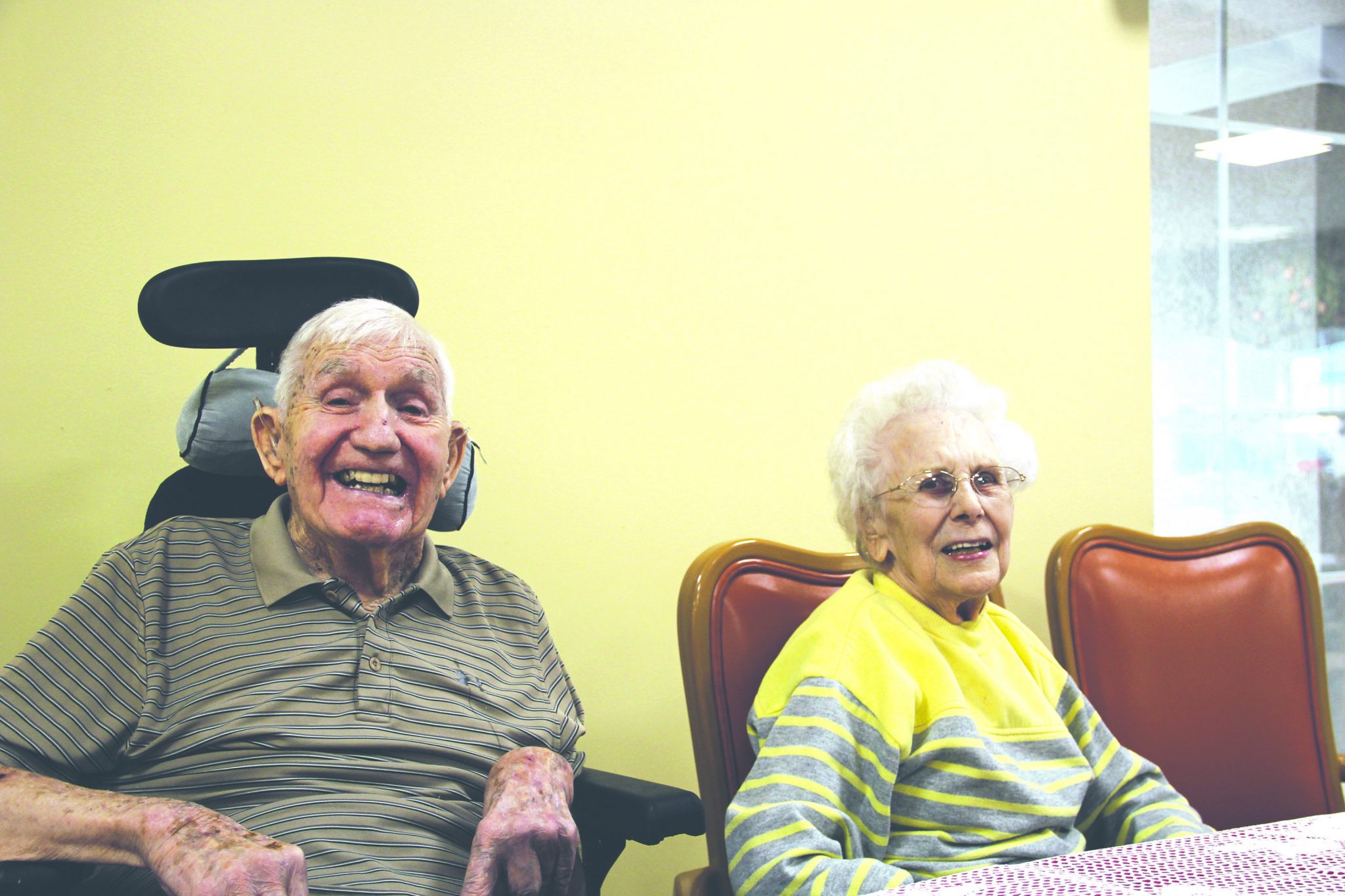 A Webster Parish couple celebrated 67 years of marriage Monday at Town and Country Health and Rehab in Minden Monday.

Clarence and Inez Dykes celebrated the milestone with friends and staff. The story of their courtship and marriage was briefly shared with the Press-Herald.

Mrs. Dykes brother, Joe Windham, was hired by Mr. Dykes to go to Chicago to drive one car and pull another one home.

He brought Joe home one night and she let them in the house. That is when they met.

In January 1951, Clarence asked Inez for a cup of coffee after church one night. So they came from Cotton Valley to Minden for a cup of Coffee. From that day on they were inseparable. They dated SIX months and got married. The Korean conflict was going on, and he was drafted from 1951-1953. They wrote letters to each other every day from Louisiana to Seoul, Korea. He came home by train from Washington to Arkansas and they have been otgether ever since.

They were married January 7, 1951. They have one son, Greg Dykes and his wife, Kelly Dykes. They have two children, Dr. Bethany Dykes and Greg Dykes, Jr.