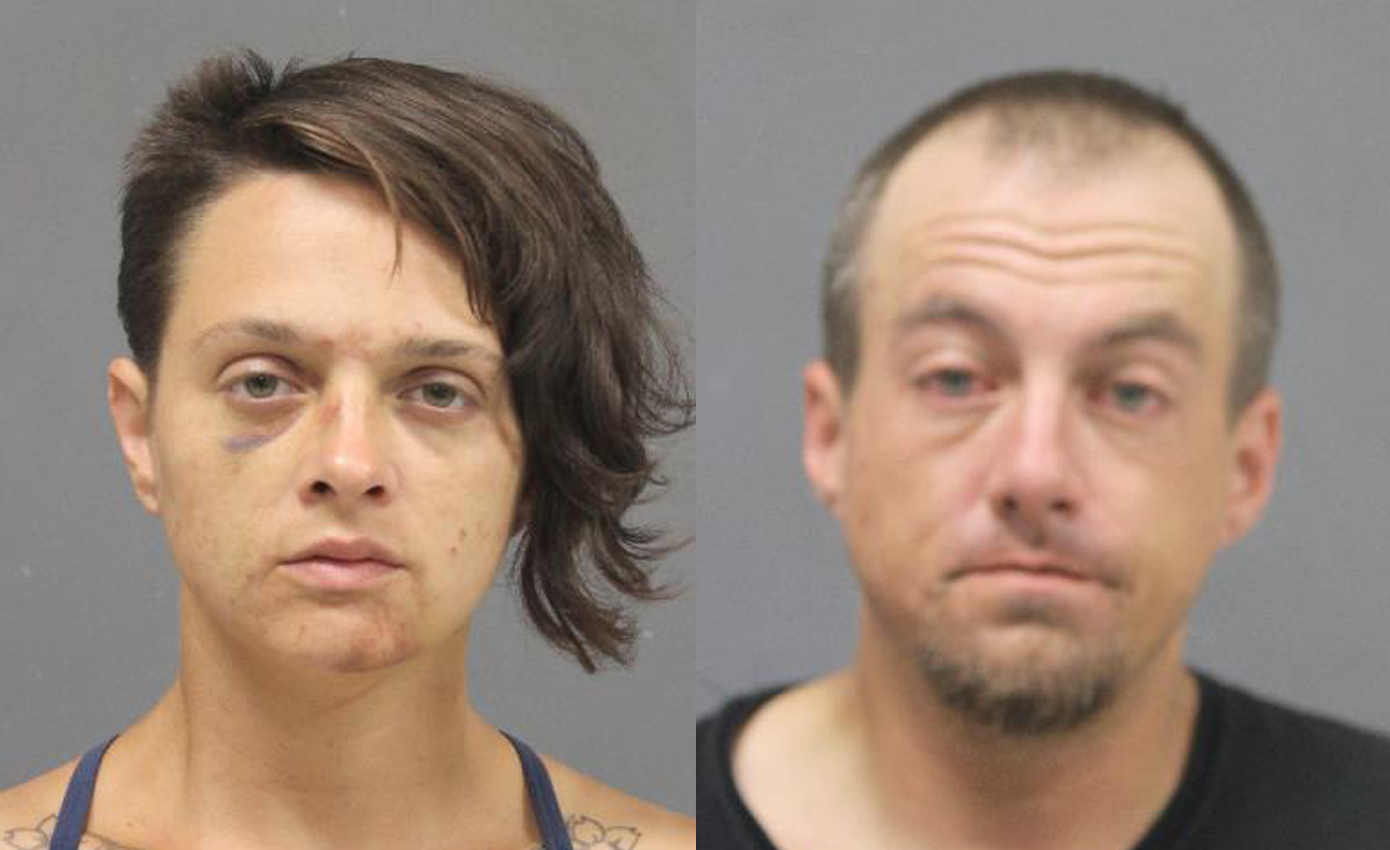 Thursday afternoon, the Webster Parish Sheriff’s Office was contacted by the Bienville Sheriff’s Office asking for assistance in a high-speed pursuit. It is now known that the individuals attempting to flee law enforcement were Keri Rene’ Etheridge, 33, and John B. Long, 35. Minden Police Department, Louisiana State Police, Webster Parish Office of Homeland Security and Emergency Preparedness, and the Wade Correctional Chase Team.

“The Bienville Sheriff’s Office contacted WPSO and said they were in pursuit of a vehicle that initiated in Bienville Parish and crossed over into Webster Parish on Highway 80. At some point around Perryman’s Welding they crashed out. Flat on foot our deputies were involved in the pursuit at that time,” said Webster Parish Sheriff Jason Parker.

The two had stolen the vehicle they were driving at the time in Alabama, and were described as, “kind of like a little modern day Bonnie & Clyde group. They pretty much were just stealing whatever they could at that particular time.”

“It’s a lot of moving parts. When you have two subjects that flee a vehicle that’s been involved in a crash, and not knowing what they fled for, whether it be drug related, a stolen vehicle, or wanted suspects. We had no idea at that time,” said Parker.

“All we knew is that we had to do our very best to try and apprehend these subjects. We were concerned about public safety and the residents around that area.”

Parker was also sure to share his appreciation to all law enforcement departments that assisted in the pursuit. “It took a coordinated effort by all departments, and we would like to extend our appreciation for the Minden Police Department, Louisiana State Police, and the Wade Correctional Chase Team that came out and assisted in the apprehension of the two suspects,” said Parker.

He also stated that given the two’s stealing spree, it was a blessing that they were apprehended in the evening before they could take advantage of parish residents.

“Which just makes it that much better that we were able to apprehend them tonight, because there’s no doubt that they would have taken advantage of some of our citizens. Whether it be breaking into a vehicle or stealing another vehicle,” said Parker.

“We were ready to stay out as long as it took tonight to try and get them in custody. We had a helicopter that was going to come up and help us with a flare system to try and locate these subjects and take them into custody. It was very important for us, because we were about to start knocking on doors, and notifying all the residents in the area just to make sure that their vehicles were secure, their homes were secure, and that if they noticed anything out of the norm to contact us. But we were pleased at 7 p.m. to be able to apprehend them on Jack Martin Road and all is well.”

“We love our job, we love serving the citizens, and we look forward to continuing to serve in the future, doing the best we can, giving 110% every time,” said Parker.