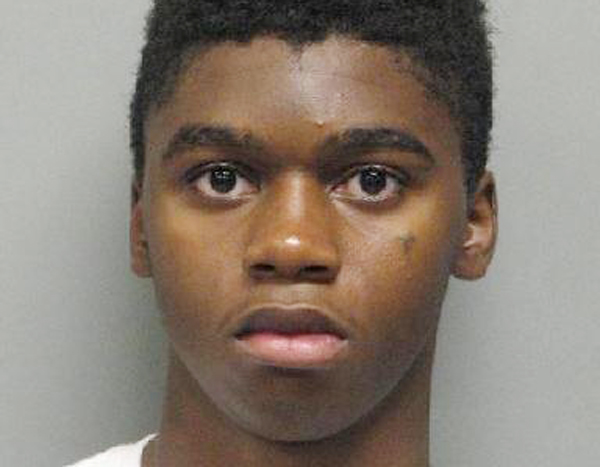 Police were dispatched to a Methodist Camp Road location where Turk was standing in front of a home. Officer Mitch Hackett and Sgt. Joel Kendrick made contact with Turk on Pine Street on the way to the scene.

During a search of Turk, he began to reach for his pockets, at which time he was placed under arrest, according to the arrest affidavit.

During the search, handgun ammo and individually wrapped crack rocks, the report said.

Turk reportedly told officers he did not have a gun. After Turk was transported to police headquarters, the officers located a silver and black Jimenez .380 at the location where Turk was arrested.

This is not Turk’s first run in with the law, in 2014 he and his brother, J’Son Turk, were arrested for the shooting death of Omar Lott. Investigators said the brothers confessed they lured Lott to the remote area to rob a drug dealer. Lott was shot six times as he attempted to run from the pair.

T’Son was the triggerman, investigators said, and Dylan helped hide the body, which was found in a wooded area on Walter Lyons Road.

In an unrelated incident, an undercover operation led to the arrest of a Minden man on drug charges.

Underwood was taken into custody at his motel room at the Magnolia Motel. He was wanted on warrants for two counts of distribution of marijuana following an undercover operation.

Underwood reportedly gave officers permission to search his motel room. During the search, officers located 32 grams of marijuana individually wrapped, according to the arrest report.

Hundreds of CDs that Underwood had recorded were also discovered in the room, the report said.

Underwood was booked at police headquarters and transferred to BDCC.