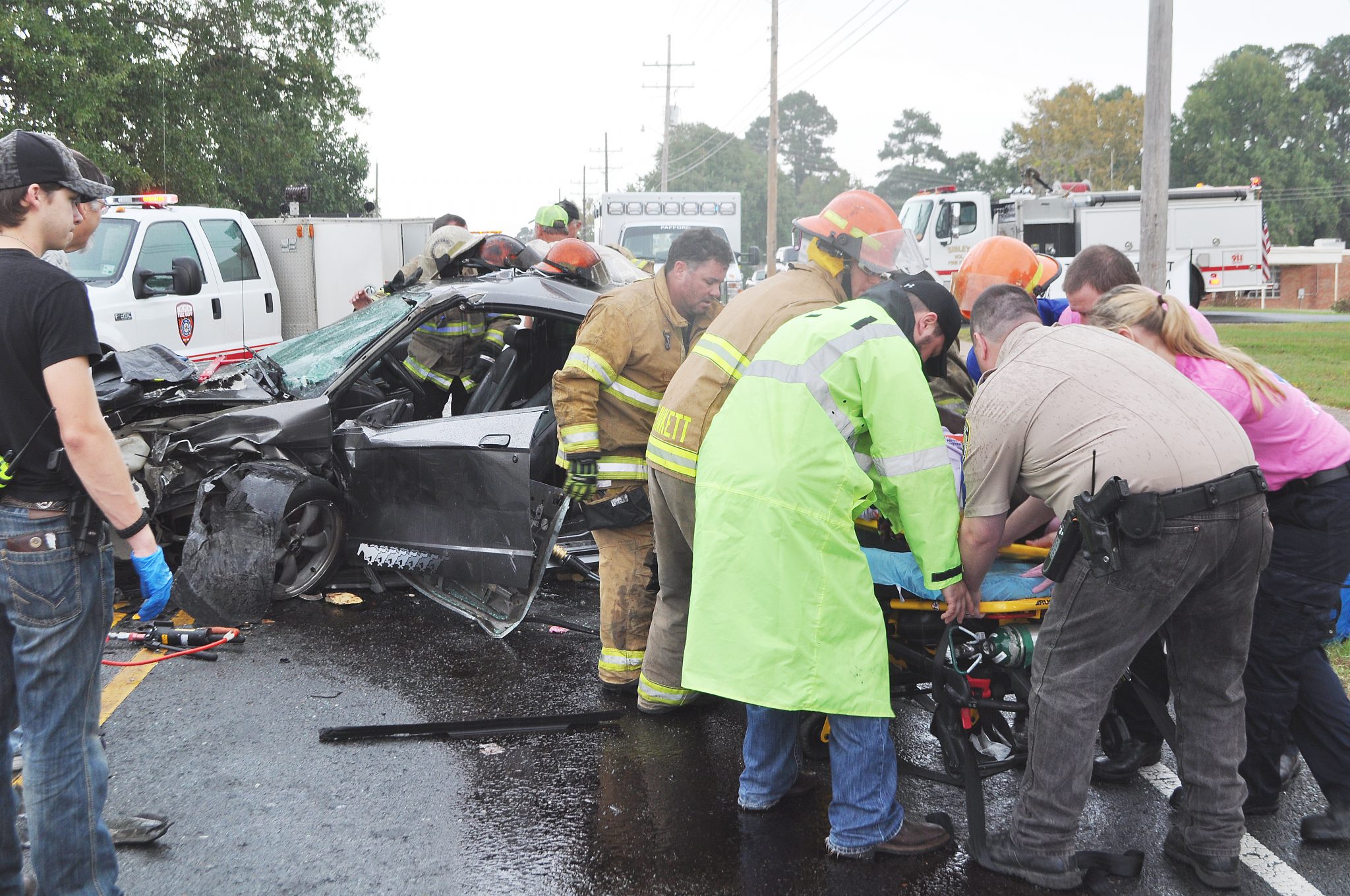 As precipitation began to fall late Thursday morning, two motor vehicle crashes occurred. First responders including Sibley Police Department, Webster Parish Sherriff’s Office, Sibley Fire Department and Minden Fire and Rescue assist the driver of a gray Ford Mustang, which was traveling on US 371/N. Main Street in Sibley, when it reportedly crossed the centerline and was struck by a Nissan truck. The driver of the mustang was transported to an area hospital for possible injuries.

Minden Police Department responds to a crash at the intersection of Chandler Street and Lewisville Road. Witnesses say a Ford truck traveling on Chandler pulled out in front of a Nissan Altima. Both drivers were transported to medical facilities for non life threatening injuries.