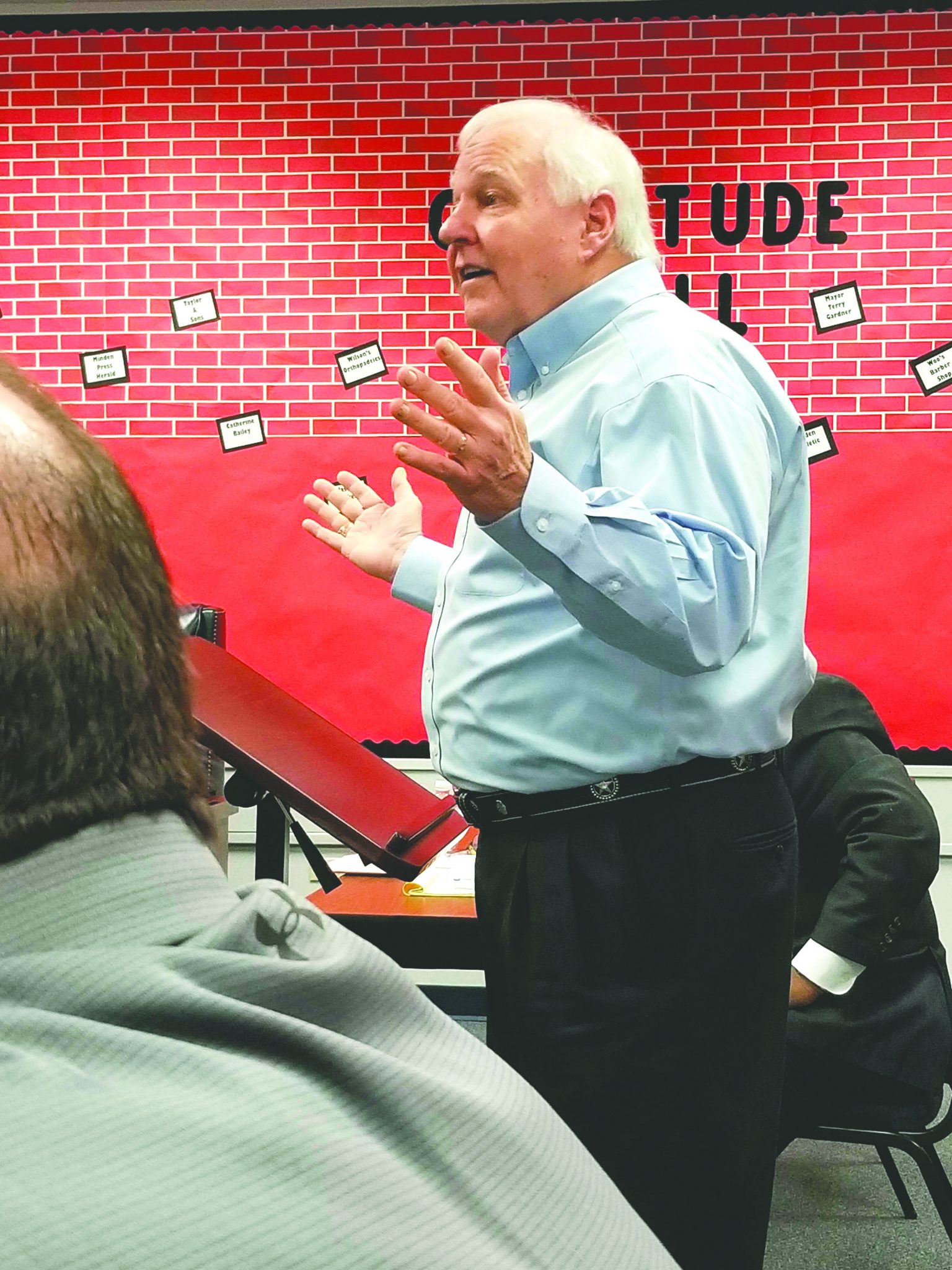 The Webster Parish School Board announced Monday that a special bond election will be held for capital improvements at a special election May 4, 2019.

The capital improvements entail four categories for a total of  $16 million. $3 million would go to  J.L. Jones Elementary School to address roofing, HVAC, plumbing, electrical and window upgrades. $3.2 million would address the same issues at E.S. Richardson Elementary. $9 million would go to Minden High School to construct a field house, multipurpose facility and additional classrooms, and $800,000 would be allotted for contingency.

The resolution was passed unanimously with no discussion. If passed, the bond would increase District 6’s 32 by 11 mils.

The Rev. Leland Crawford of First Baptist Church in Minden also addressed the board Monday night.

“I know this has been a difficult year for you because you’ve had to make some really hard decisions. There have been some court involved things, some mandates, maybe some things you’ve asked your teachers to do that you don’t even really believe in, to be honest with you, and I understand that. I come here today to encourage you,” Crawford said.

Crawford spoke of the teachers in his congregation having low morale this school year.

Crawford said he was representing his membership and they do not question the faith of any of the school board members but they have the support of their church in pushing back against the court mandate.

“When the day comes that you feel you need to push back, you’re going to find that you have thousands behind you. Many of them public school employees,” Crawford said.

Crawford said he and his congregation don’t want to feel that the morals and values they stand for to not be brought into the schools they go to.

Superintendent Rowland thanked Crawford for his presentation. There was no other conversation on the topic of the court mandate.