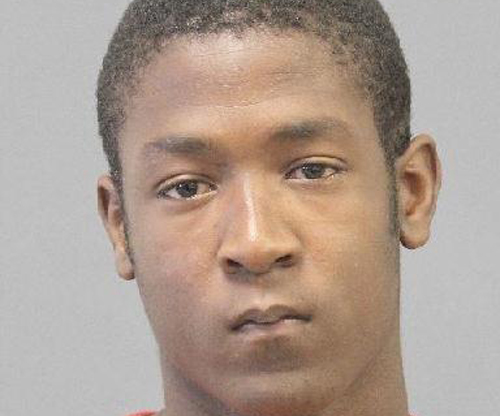 Minden Police detectives have solved a string of burglaries of several thousands of dollars worth of lawn equipment with the arrest of two people.

Antravious Washington, 27, of the 100 block of Stanley Street in Dixie Inn, was arrested on a warrant for illegal possession of stolen things, felony theft and two counts of misdemeanor theft.

Police Chief Steve Cropper said their arrests stemmed from a complaint about four burglaries in late September in the area of Lewisville Road and Oak Street. Some of the items stolen and pawned included outdoor tools, chainsaws, trimmers, weed-eaters and generators.

“After the complaints were taken on these thefts, Sgt. Ryan Barnette ran across some of the items that had been pawned by Washington,” he said.

During his search for Washington, Barnette came in contact Washington’s employer who reported, in a separate incident, items stolen from the back of his truck on Peach Street, Cropper said. Items included three Stihl trimmers and two backpack Stihl blowers.

Washington admitted during questioning at police headquarters that he stole lawn equipment from his employer and pawned them, he said.
Cropper said Washington told police Walker was with him and driving the vehicle during the burglaries. The chief said they split the money after pawning the items.

Barnette located Walker at his place of employment in Sibley on Thursday. He and Webster Parish Sheriff’s Deputy Wade Wells went to Sibley and placed Walker under arrest on both agencies’ warrants.

Both suspects were transported to Bayou Dorcheat Correctional Center.