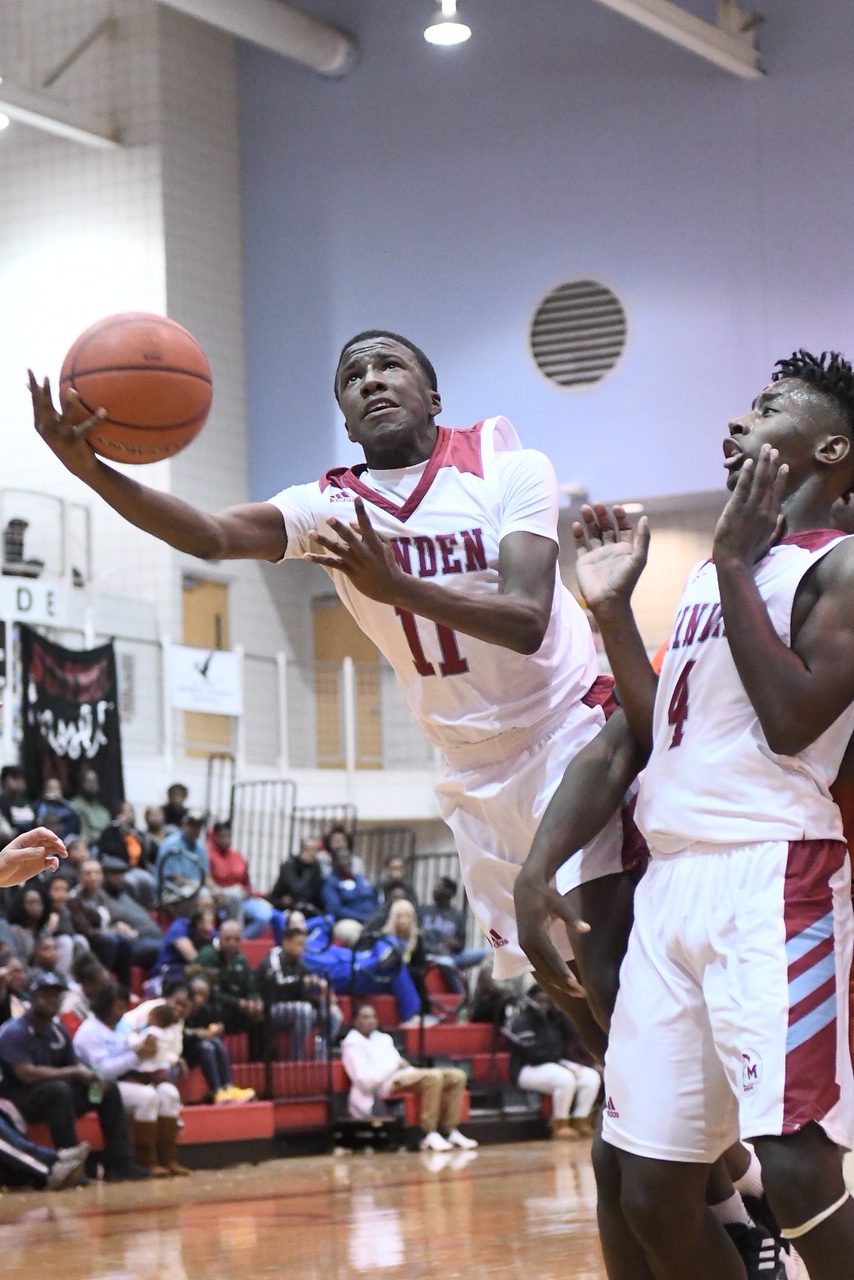 “I was very, very proud of our guys tonight,” Bailey said. “We showed a lot of Minden pride the way we took the court and competed.”

To reach the finals, Minden had to go through Homer in the semifinals.

Minden beat the Pelicans 71-65 with balanced scoring that showed the chemistry developing among the team.

“Whenever we have four guys in double-figures, we have a great chance to win,” Bailey said.

The Tide got just that: D’Marqueus Gill, Zi Crawford, Curtis Carter and Kendrick Crawford all scored more than ten points for Minden in the victory.

“I was very pleased with how we managed the game late,” Bailey said. “With about four minutes left in the final quarter it was a six point game. Those are the games that have been hard for us to win this year.”

Minden kept their poise and showed composure in managing the game down the stretch.

The win over Homer put the Tide’s record at 8-6 and gave them a spot in the finals against Lakeview.

“Lakeview doesn’t have much size, but they have about five guards who can really shoot, who are explosive and have great speed,” Bailey said before the finals. “It’s going to be a huge task for us.”

Lakeview is a top-10 team in 2A and possessed a 14-3 record heading into the game.

Minden would not be intimidated heading into the matchup with such a storied program.

The Palace had a buzz for the finals. Few expected the boys team to be hosting the last game of the tournament. Even fewer gave the Tide a shot to win.

“Before the game I spoke to our guys about pride,” Bailey said. “It showed up in our performance. We competed so hard, we didn’t give up.

“They represented that jersey in a way that takes me back to back when I played here.”

Lakeview ultimately won the tournament with a 68-57 win over the Tide on Saturday night.

The gym was crowded. Lakeview brought fans. Minden fans turned out to support the team.

Most importantly, the Tide didn’t shy away from the moment.

They were up against an experienced team. A very good team.

After a 6-24 season last year, to make it to the finals of the Holiday Classic this year shows which direction the Tide are heading in.

“I see progress in how they are growing in the game, chemistry-wise,” Bailey said. “I see a team understanding how to play in certain situations.”

Zi Crawford led the Tide with 20 points. Kendrick Crawford had another big game with 15 points, and Carter added 13.

Minden is now 8-6 heading into their second district game this season against BTW on Friday.

The consolation finals saw a shootout as Red River made an impressive comeback to snatch the consolation trophy right out from under the Warriors.

“I’m proud of our effort and our attitude and the way we played,” Lakeside head coach Marlon McDaniel said. “Obviously, Red River is one of the more, if not the most complete teams we have played. They can shoot, run, they’re strong inside and can slow it down.”

“Defensively, we knew we had to disrupt some of the things that they did well,” McDaniel said. “I think we did a pretty good job of that.”

The Bulldogs scored 23 points in the final frame to take the consolation trophy.

“I think we ended up making a few too manyt mistakes there at the end,” he said.