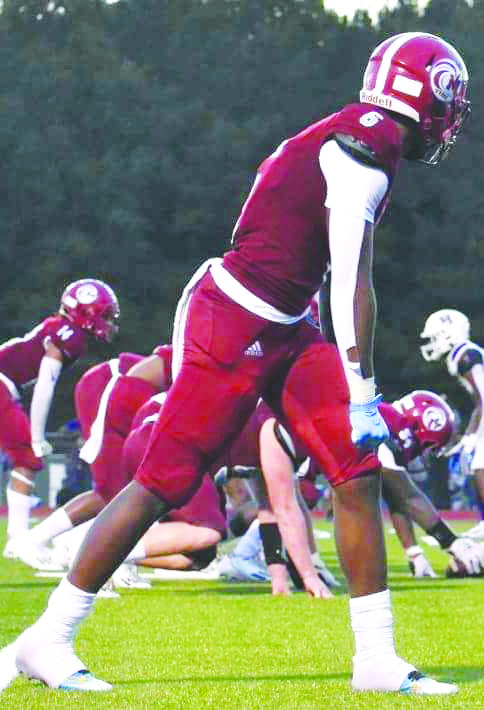 The Crimson Tide rolled out to a 12-0 lead in the first quarter before the Griffins scored three touchdowns in the second quarter and never looked back to spoil Minden’s Homecoming festivities.

Minden struck first  senior wide receiver Jaylin Williams hauled in one-handed catch off of a pass by Jakobe Jackson pass for an 18-yard touchdown at the 6:39 mark of the opening stanza that left the Crimson Tide on 6-0 after the point after kick attempt was blocked.

The Tide seemed to be surging early as they recovered a fumble on the ensuing kickoff to take over at the North DeSoto 31.

Jackson then hit Daylen Robinson for a 25-yard screen pass that helped set up a two-yard scoring scamper by Jackson with 3:09 left in the first quarter that pushed Minden’s lead 12-0 and the PAT kick was also blocked.

North DeSoto didn’t get its first score until a Brian Banks touchdown run at the 3:37 mark of the second quarter, but the Griffins led 21-12 at halftime and held Minden at low Tide the rest of the way.