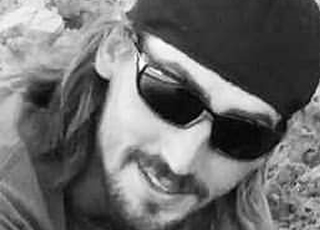 He was preceded in death by his grandparents, George and Betty Giddings, and grandfather, G.W. Lary.

He was a phenomenal All Star Little League catcher. He loved music. He sang. He danced. He was ambitious and driven. Curt inherited his mechanical brilliance from his father and grandfather. Curt was incredibly generous. He was a jack of all trades. He had a sense of humor unlike any other. Above all else – Curt loved his family. He loved guns, shooting, hunting, fishing, four-wheel riding, family time, video games, paintball wars, building things, Spaghetti O’s, Reese’s Peanut Butter Cups, Chocolate Milk, Hay’s ICEEs, Alec’s Chicken Parmesan, Mom’s Chicken Dressing, and Nana’s Salmon Patties. He hated mayonnaise and sour cream. He was afraid of snakes. He climbed trees. He rescued animals. He sang. He danced. He laughed – a lot. He lived. The passion with which he lived his life was unparalleled. By his own standards, he lived.

In lieu of flowers, memorials may be made to St. Jude Children’s Research Hospital.