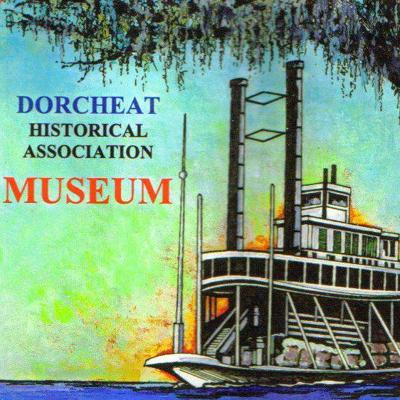 Dorcheat-Bistineau Chapter Daughters of the American Revolution met on Tuesday, October 8 at the Dorcheat Museum in Minden. Hostesses for this month’s meeting were Margaret Evans, Jessica Gorman, and Coyal Gorman. Jessica Gorman, museum assistant director and one of our DAR members, conducted a tour. The museum includes exhibits about local Native Americans, the Civil War and Reconstruction, Minden’s Historic Residential District, artifacts from Minden’s Coca-Cola bottling plant, famous Webster Parish residents, and much more. Video clips are shown throughout the museum. There is a one-room log cabin on permanent display, and a temporary exhibit of WW II motorcycles. The museum is open Tuesdays – Fridays from 10 A.M. – 1 P.M., closed from 1-2 for lunch, and open again from 2 – 4 P.M. Admission is free.

NSDAR’s National Day of Service takes place on October 11th of each year. DAR members from coast to coast celebrate the anniversary of the founding of DAR by participating in community service projects. Dorcheat-Bistineau Chapter and their family members cleaned 18 veterans’ markers in the old section of the Minden Cemetery. Jessica Gorman organized and led this project for our chapter. Chapter members also treated our police, firemen, and 911 dispatchers with cookies to say thank you for all they do to serve and protect our community.

Dorcheat-Bistineau DAR is a vibrant, growing service organization which meets in Minden, but has members in three bordering states as well. Any woman age 18 years or older who can prove lineal, bloodline descent from an ancestor who aided in achieving American independence during the Revolutionary War (1775-1783) is eligible to join DAR. For more information, contact Mrs. Cindy Madden, Regent of Dorcheat-Bistineau Chapter at cindymaddendar@gmail.com Please like our Facebook page: Daughters of the American Revolution – Dorcheat-Bistineau Chapter.