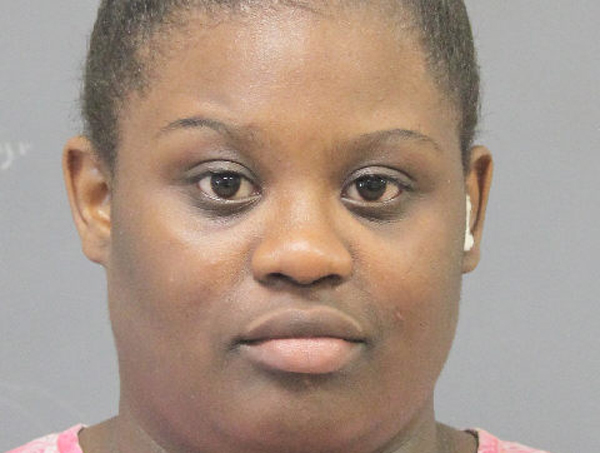 SAREPTA — A woman allegedly pulled a 10-inch knife on her boyfriend after seeing him driving down the road with another woman.

Rodricka Winn, 24, of the 2800 block of Willie Mays Street in Shreveport was arrested on an aggravated assault, possession of schedule IV drug and reckless operation charges Wednesday.

Just after 5:30 p.m., deputies were dispatched to Highway 371 just north of Cotton Valley for a two-vehicle crash.

After arriving at the scene, Winn told deputies that while driving to Cotton Valley, she passed her boyfriend and another female on Highway 371, according to the arrest affidavit.

After the couple wouldn’t stop in Cotton Valley, Winn followed them to a dirt road off Highway 371 near Sarepta, according to reports. Once the vehicle stopped, Winn told deputies that she got out of her car with a knife and started beating on the driver’s window of the car her boyfriend and female was in, the report said.

Winn went on to tell deputies that the car then fled, hitting her car and leaving damage to both vehicles.

Winn gave deputies the knife, which she had placed in a bag in her front seat.

During a search, deputies found tramadol pills wrapped in foil, according to reports. Winn was then placed under arrest and transported to Bayou Dorcheat Correctional Center.