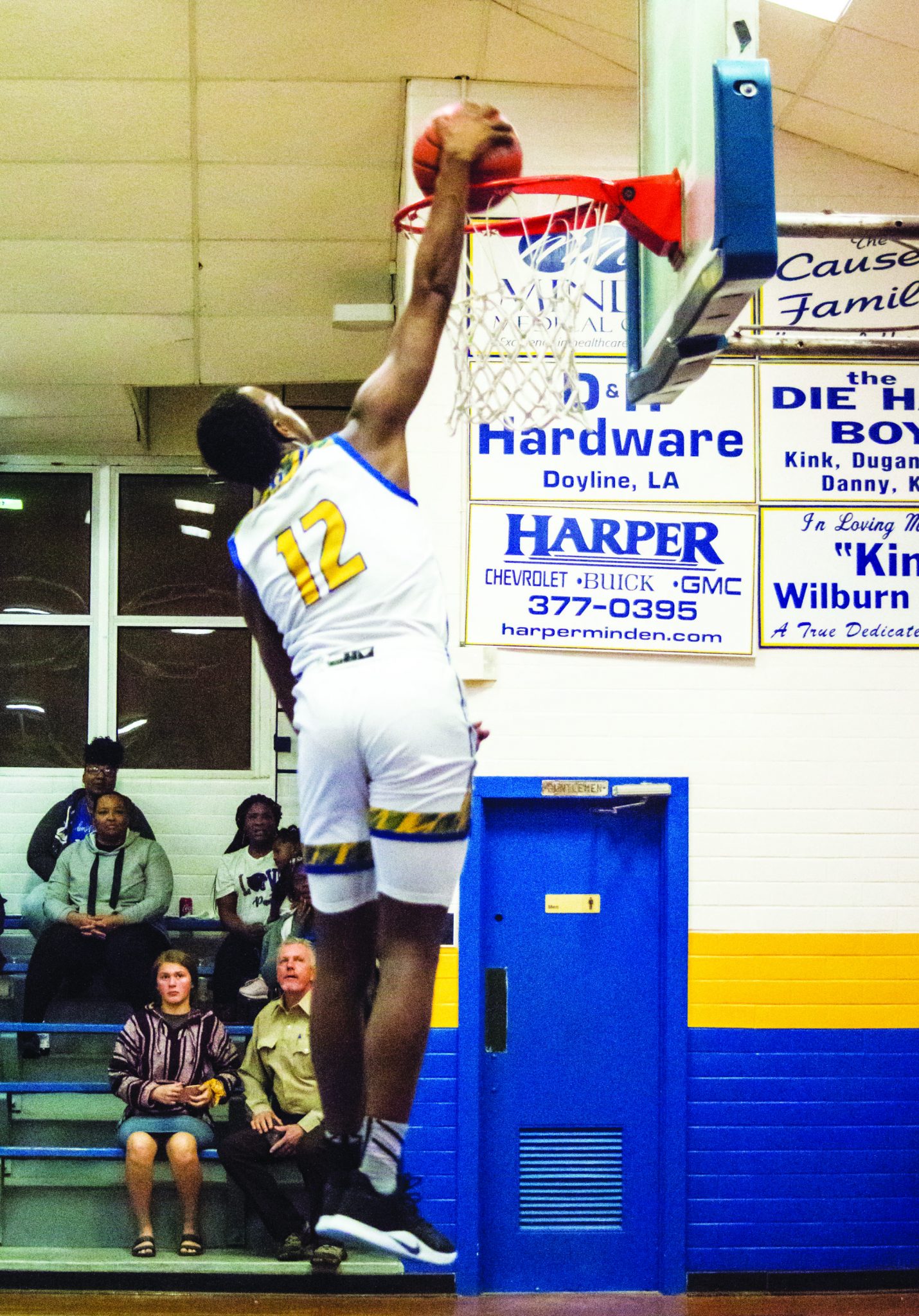 With a 59-28 win over Dodson on Tuesday night, the Lady Panthers won their first district title since 2006.

“It really shows these girls that what we are doing is working,” Normand said. “Hopefully, it motivates them to put in more time and effort to being better individually and as a team.”

The Lady Panthers’ win in combination with Saline’s win over Castor confirmed that all three teams finished with a 4-2 record, rendering a three-way split for the district title.

Emori Leonard caught fire in the third quarter to help Doyline over the top.

Leonard hit four three-pointers in the third quarter alone on her way to 13 points total on the night.

Taeda Rabb put up consistent numbers the entire game and ended up with a game-high 16 points.

It was business as usual in the boys matchup as Doyline laid the smack down on Dodson for a 87-60 win.

The Panthers finish with an undefeated 6-0 record in district and another title.

Decari Markray was a beast on the boards, putting up 16 rebounds along with 14 points and three dimes.

Javeon Nelson had another double-double with 10 points and ten rebounds.