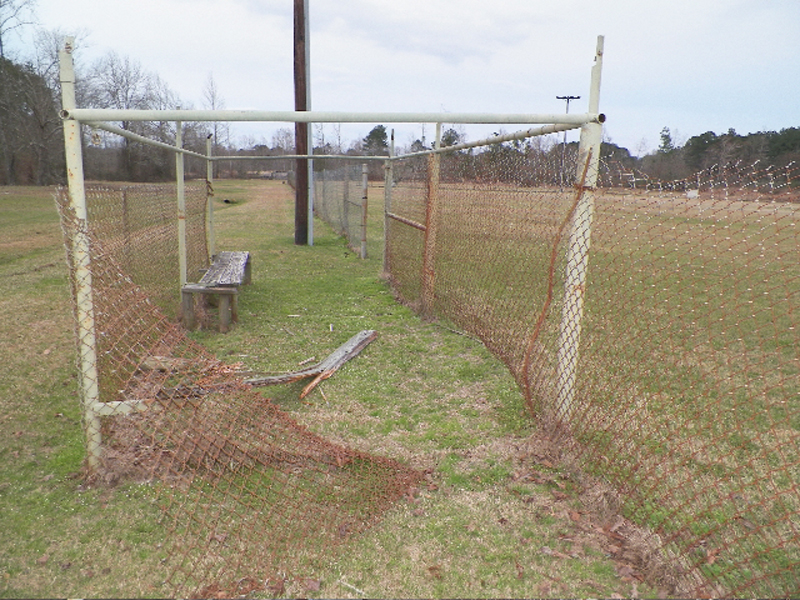 DIXIE INN – The Village of Dixie Inn is preparing to implement some of the ideas from its Healthy Communities forum, and that begins with making some much needed repairs to the village’s parks and baseball field.

In a special meeting Wednesday, aldermen authorized the mayor to submit a resolution to the Webster Parish Police Jury to use its municipality funding to clear out vegetation and debris clogging up a drainage ditch which runs behind the baseball field. Mayor Kay Stratton said it needed to be cleaned out to allow better water flow.

Drainage from all over town eventually makes its way to this drainage ditch, and with debris and trees behind it, water flow is nearly nonexistent.

“It’s all grown up back there and it’s stopping the drainage from going through,” she said.

Dixie Inn would receive up to $8,000 in municipality funding from the police jury, and anything they spend over that would come out of the village’s pocket, she said.

Fencing around the baseball field needs to be pulled up and repaired, Stratton said. She showed the council photos of the dilapidated fencing, saying she had no idea how long the fencing had been there. In some places, all it needs is a few welds, but in others, it needs to be completely pulled up and replaced, she said. Also, some parts of the bleachers and benches need to be replaced.

Stratton said she’d found some grant funding she was looking into applying for and will begin the paperwork this week.
The children’s park also needs some upgrades to be Americans with Disabilities Act compliant. The council agreed to plant some trees around the park at the picnic tables.

In other news, the village will rework some concrete at the village hall and at the water plant. The concrete will be poured in areas around the building to fill in where vegetation was planted. All of that was dug up to keep water from seeping into the building, Stratton said.

A concrete parking area will also be poured under a covered area at the water plant to park a tractor and the village’s mowers. Aldermen unanimously authorized Stratton to spend up to $1,500 for the project.

Some of the ideas that came from the forum in February included walking and biking trails, park signage advertising the parks and updating the ballpark. Other ideas are to construct restroom facilities, repairing the lighting at the ballfield and repairing the fence.