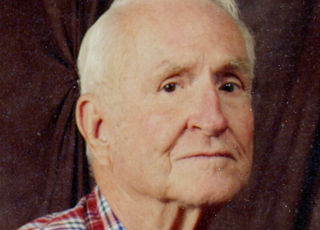 Facebook
Twitter
Linkedin
Email
Print
Dossie, or “Bebo” as everyone knew him, passed away Aug. 3, 2016 at the Northwest Louisiana War Veteran’s Home in Bossier City. He was born Aug. 20, 1927 to Dossie James Roton and Pearl Parker Roton.

Bebo retired from Kansas City Southern Railroad with more than 30 years of service. He served his country in the U.S. Navy during World War II. In his younger years he enjoyed fishing and squirrel hunting in the “Dorcheat Bottoms”.

A graveside service will be held Saturday, Aug. 6, 2016 at 10 a.m. at Minden Cemetery under the direction of Rose-Neath Funeral Home in Minden with his nephew Jerry Roten officiating.