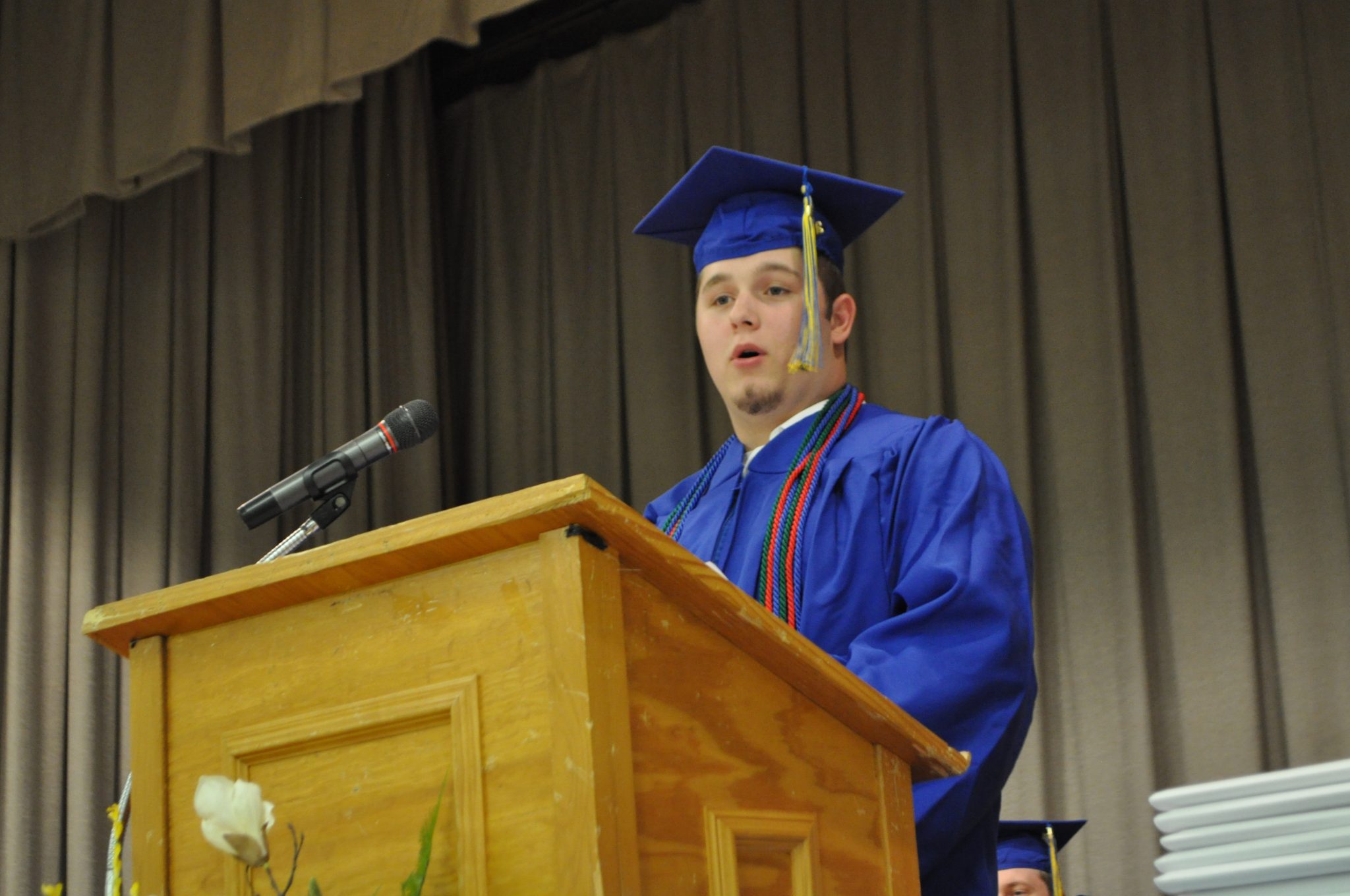 Doyline High School Seniors rejoice after receiving their diplomas Tuesday. The 2017 graduating class of 25 students were reverent during the ceremony as well, bowing their heads in prayer as exercises got underway.