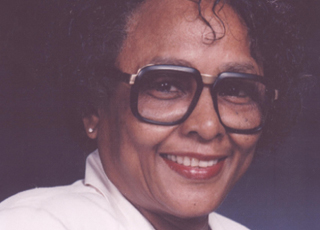 Facebook
Twitter
Linkedin
Email
Print
Dr. Mervell Lois Winzer Bracewell was born Oct. 21, 1927 to the late Charlie and Elvia Major Winzer in Claiborne Parish. She was one of nine children.

Dr. Bracewell accepted Christ as her Lord and Savior at an early age. She joined Point Pleasant Christian Methodist Church in Homer. No matter where she lived in the United States of America or in Liberia she remained faithful to Point Pleasant (her home church).

She attended St. John Colored High School in Athens and graduated from Webster High School in Minden with the class of 1946. She chose to further her education by receiving her diploma from Freedmen’s Hospital School of Nursing at Howard University in Washington, D. C., her BSN degree from Adelphi University in Garden City, New York, her MSN Degree from Catholic University of America, and a master and a doctorate degree in public health administration from John Hopkins University in Baltimore, Maryland.

Dr. Bracewell served in the United States Air Force Nurses Corps from 1954 to 1958, attaining the rank of First Lieutenant. She accompanied the Tuskegee Airmen on domestic flights including to Shreveport.

In 1961, Dr. Bracewell united in holy matrimony with Pholman Bracewell of Liberia. Traditionally the father of the bride would give this blushing bride away, however Mervell’s father was in the United States, but William V. S. Tubman, President of Liberia stepped in and walked her down the aisle and gave her to the groom. She lived in Liberia for seven plus years.

Dr. Bracewell had an accomplished career, she was chairman of the division of nursing at Dillard University in New Orleans, Firestone Medical Center School of Nursing in Harbel Liberia, West Africa. She was director of Family Planning Association of Liberia; she was a member of the board of review and site visitor of the National League for Nursing, site visitor for Southern Regional Education Board’s Council of Collegiate Education for Nursing.

Dr. Bracewell served as a consultant to Population Food Fund, The American Public Health Association and U. S. Aid State Department for Africa and One American Inc. She was the proud recipient of Freedmen’s Hospital School of Nursing Alumni Award and the United Air Force Nurses Corps Award.

When Dr. Bracewell transitioned from glory to reward on Aug. 21, 2016, she was met by her parents, five brothers Wilkie, John A., Woodrow, Charles W. Sr., and Mattereal Winzer, who preceded her in death.

She leave to cherish he beautiful memories two sisters Elvira Winzer Sykes and Lorene Winzer Hankinson, one brother Auteria Winzer (Yvonne), one sister in law Earnice Winzer and a host of nieces, nephews, relatives and friends.