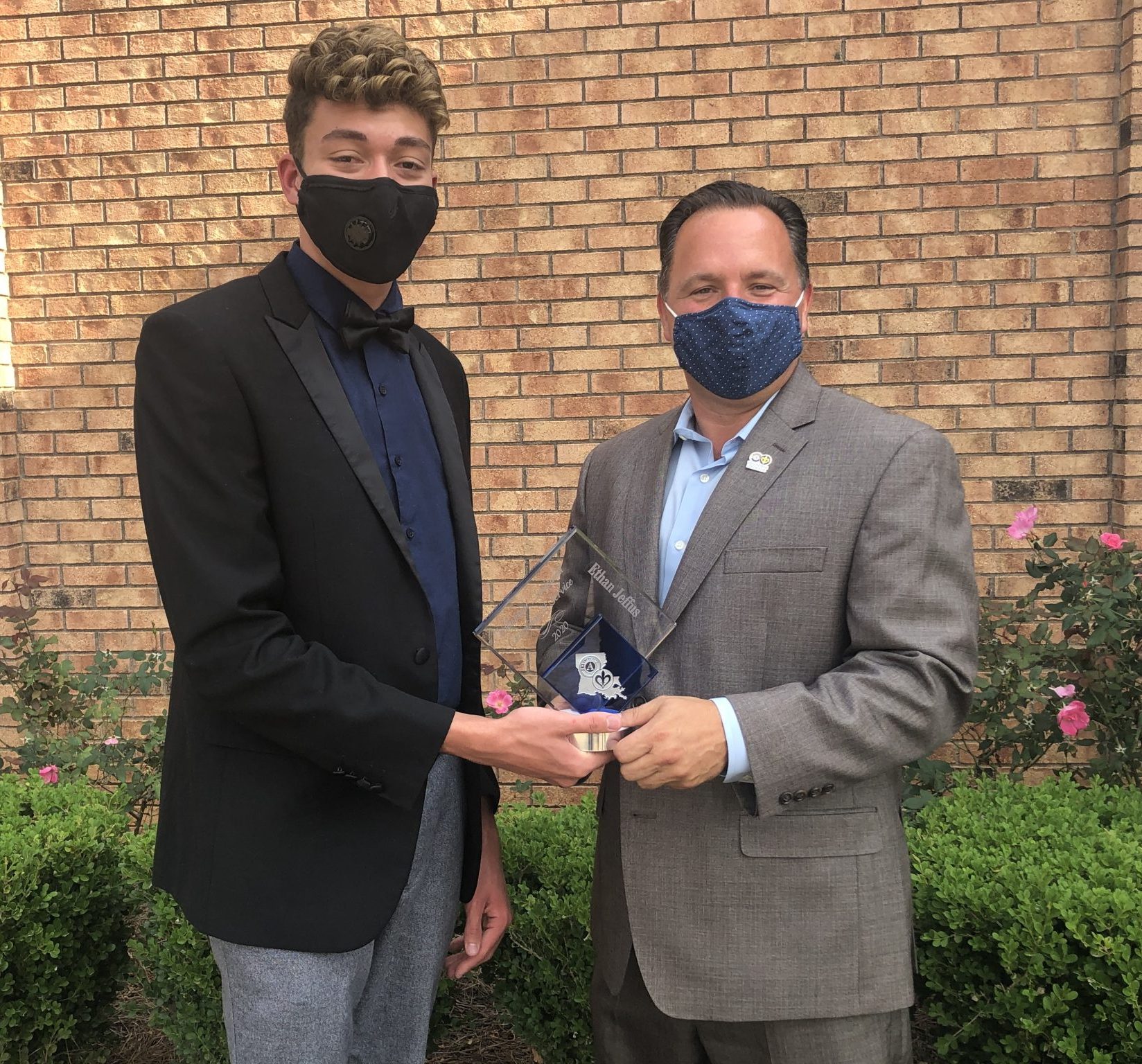 Representatives from Volunteer Louisiana have selected Ethan Jeffus as the Northwest Louisiana 2020 Champion of Service. Jeffus was selected out of a total of 150 nominations for this honor. Typically the event honoring the winners would’ve been held in Baton Rouge, but due to COVID, Judd Jeansonne, Executive Director of Volunteer Louisiana, and his team came to Minden to present Jeffus with his award.

“Normally we host an event in Baton Rouge during National Volunteer week, which is in April. Obviously this year that was not going to happen due to COVID so we’ve had to change gears a little bit,” said Jeansonne.

“But one of the fantastic byproducts of not being able to have our normal event is that we’ve been able to come to the communities where the winners live.”

“It’s when you get to come to the communities … and you see the support systems they have, and the people that really appreciate the work that they have done. That’s what has really been fantastic about this experience.”

“I really thought that I volunteered a lot in the community,and when I was running for Mayor I was out more than ever. This young man should have been running for something at the same time, he was everywhere,” said Gardner.

Jeansonne recounted some of Jeffus’ work in the local community, from his work with local food banks, the Junior Civitans Club, and especially the project he spearheaded, Warming Elders Tootsies, which raised over 1200 pairs of socks for senior citizens last winter.

“What really stood out for Ethan is the level of involvement, the many different things he was doing, and to be doing it at such a young age. That dedication and passion really stood out,” said Jeansonne.

After being presented the award, Jeffus shared his own words of appreciation for being honored with this achievement.

“Receiving this award is a great honor to me. If this award represents anything, more than exemplifying me, I want it to exemplify all the amazing work that’s been done. Not one person’s idea, but what one person’s idea can be when a community comes together to give back. I can honestly say that this is going to be a moment that I hold close to me for the rest of my life. Thank you,” said Jeffus.