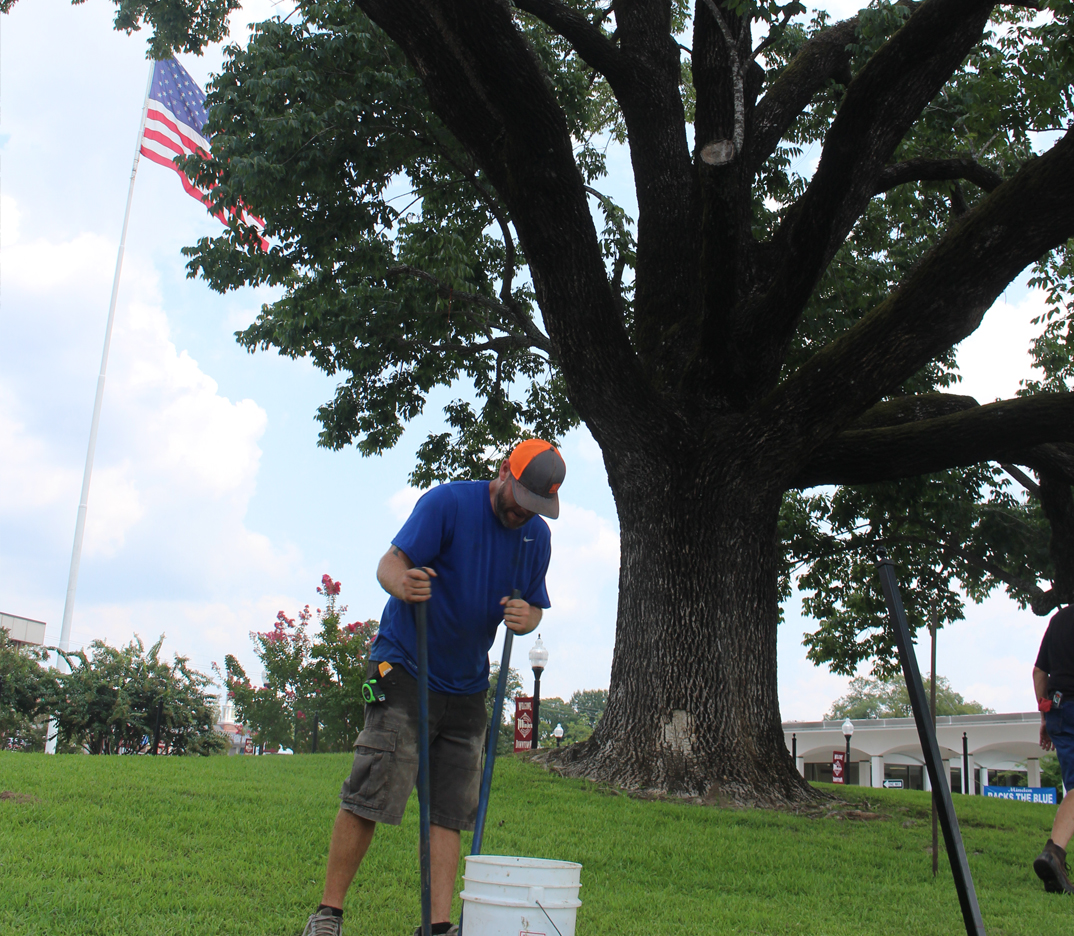 Board President Terry Gardner says the ash tree in downtown Minden across from the civic center is more than 100 years old and they want to preserve it.

“We want to preserve the past while we’re protecting the tree for the future,” Gardner said. “The tree was planted around 1915, and it used to sit beside the old city hall. That tree is over 115 years old.”

Schelley Frances, curator of the Dorcheat Historical Museum says Charles Davis, a deputy with the sheriff’s office then, had an office in the southwest corner of the 1905 courthouse and wanted relief from the afternoon sun that came through the building’s windows.

“He asked a farmer friend to bring a fast-growing shade tree to plant just outside his office,” she said. “The ash and a companion tree, a huge cedar that stood near the old Peoples Bank building and where the flagpole is today, were saved by popular demand when the area was made into a parking lot after the courthouse and city hall building was demolished in June 1971.”

In 1974, the tree escaped razing to make room for a parking lot. The cedar tree did not; already damaged, a wind gust in October 1979 toppled it.

The fence is being paid for through funds raised in June’s Grilling on Main, Gardner said.

“The fundraising part of Grilling on Main was to put a fence around the ash tree to preserve it,” he said. “Anytime we have something downtown, that’s where people congregate, and if you keep compacting the dirt year after year, the tree is not going to be able to breathe. We wanted to put something there that’s attractive in downtown Minden.”

The fence will be a five-foot wrought-iron fence, and eventually, Gardner said, Main Street wants to install wrought-iron benches throughout downtown.

“As we continue to have festivals and generate more revenue, we hope to put some of those wrought-iron benches in downtown,” he said. “Part of Main Street Minden is to raise funds to enhance downtown Minden.”

Perryman Welding of Minden is installing the fence.