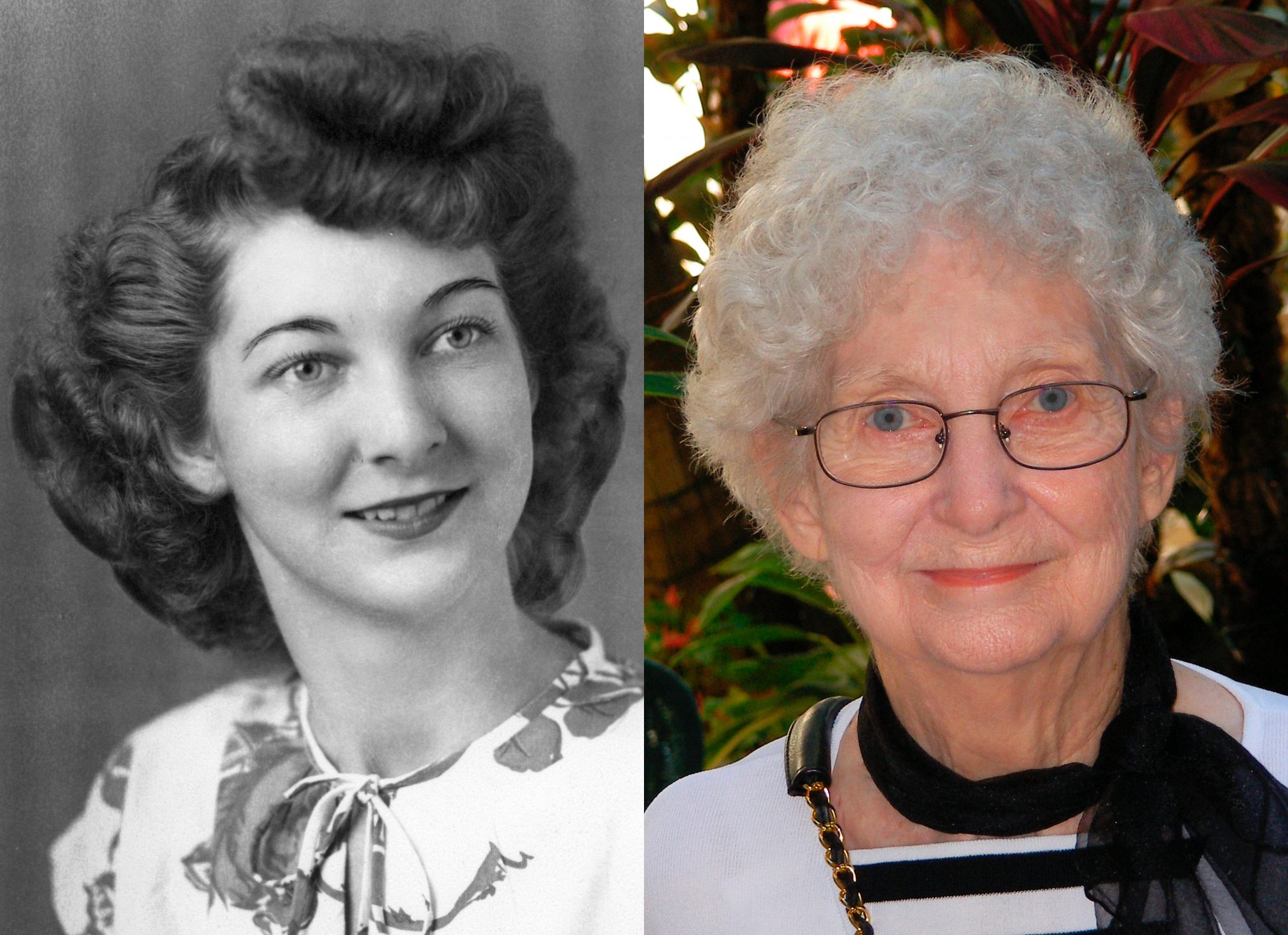 Floreine Shores Baugh transitioned from this world at 1 p.m. (HST) on Monday, March 6, 2017 at the age of 92. Floreine passed painlessly and peacefully at home in Honolulu, Hawaii following an extended battle with Alzheimer’s Disease.

During World War II, Floreine met and married Staff Sergeant Clifford Edgar “Shorty” Baugh (1921-1981) of Minden, Louisiana. The couple was married on April 2, 1944 at Camp Barkley, west of Abilene, Texas. At the end of the war, Shorty and Floreine moved to Minden with Floreine taking a bookkeeping position with the Webster Parish School Board and Clifford working for the Louisiana and Arkansas Railroad.

Floreine was always grateful for her warm reception and acceptance by “The Friendliest City in the South” and considered Minden to be “home” until the end of her life.

Floreine decided to donate her body to the University of Hawaii at Manoa, John A. Burns School of Medicine for medical research and physician training. The Medical School will have the body for approximately one year ending with cremation. The cremated remains will be interned in the Gardens of Memory Cemetery in Minden. A memorial service and celebration of Floreine’s life will be planned for Minden following the return of the remains to the family. Details will be publicized when the arrangements have been made in approximately a year.

Floreine requested that no flowers or gifts be sent. If you would like to make a memorial contribution, Floreine suggested The Alzheimer’s Association, The Alzheimer’s Foundation of America, St. Jude Children’s Hospital, or any organization of your choice. If you would like to make your donation known, please send acknowledgements to Charles Baugh, 66 Queen ST, APT PH3901, Honolulu, HI 96813.