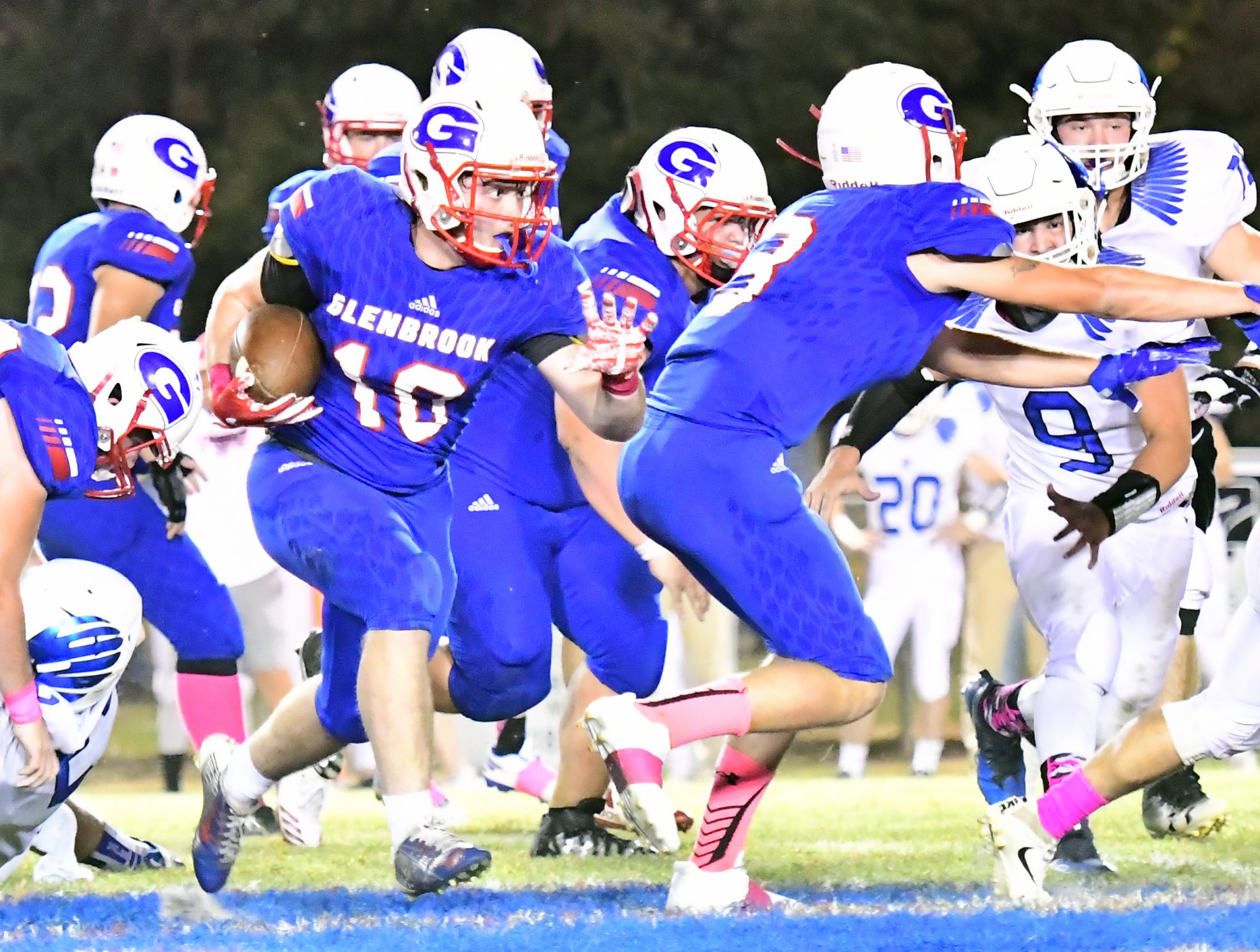 The Glenbrook Apaches played with plenty of heart in front of their home fans on senior night, even taking a 3-0 lead into the final quarter. But at the end, the boys in blue ran out of gas. The Apaches allowed a pair of fourth-quarter touchdowns and the offense was unable to answer as Glenbrook fell 17-3 in their final home game of the season. The Glenbrook defense played outstanding all night, stifling Porter’s Chapel’s run-game, led by a group of seniors who wanted to finish their home careers on top. The Eagles took the lead for the first time with 9:37 to play in the fourth, then forced a Glenbrook fumble at the 1-yard line and recovered in the end zone to go up 14-3. Porter’s Chapel would tack on a field goal to bring about the final margin. Glenbrook travels to Monroe next weekend for what is likely their last game, against the River Oaks Mustangs.