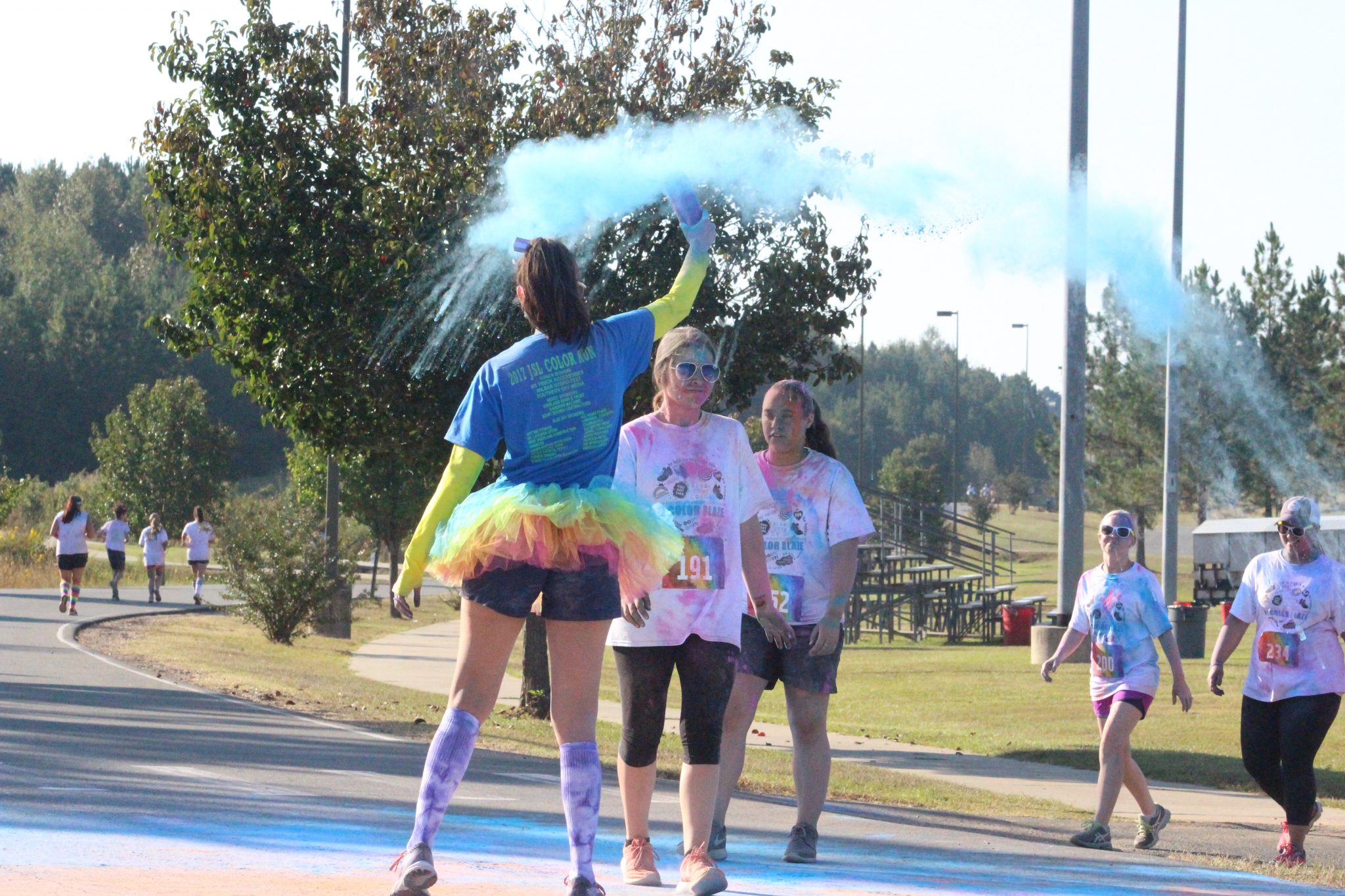 Money raised will be used to aid law enforcement

The air was filled with color Saturday at the Minden Recreation Complex with much of it falling on the nearly 200 participants of the Minden Junior Service League’s Minden Color Run. The Color Run combines a traditional 5K run with color stations throughout the race where colored powder was thrown at the runners, leaving them covered in pink, yellow, orange, green and blue. This was the first time the Color Run was held; it replaced the service league’s glow run. “It went really good and was successful with it being the first one, run coordinator Jennifer Perryman said. “We wanted to show support to local law enforcement and help raise morale.” Money raised by the 5K will be split between the Minden Police Department and Webster Parish Sheriff’s Office, Perryman said. Prior to the 5K, a Fun Run was held for children under the age of 10. Minden Police Officer First Class Clint Smith and K9 Harley greeted children before the run and explained the purpose of a K9 officer. Perryman said the JSL is already excited for next year’s run and thanked the City of Minden for donating the use of the complex for the fundraiser.