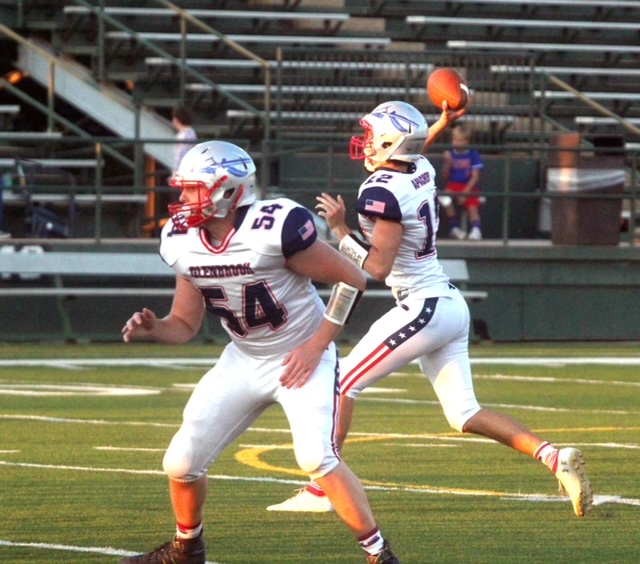 David Feaster was named Coach of the Year.

The Apaches went 6-0 in district and 10-0 overall in the regular season. They advanced to the quarterfinals of the select Division I playoffs, losing to eventual champion Ouachita’s Christian 28-27.

Feaster, a junior quarterback, completed 157 of 231 passes for 2,436 yards and 37 touchdowns with only four interceptions.

Williams had 16 catches for 254 yards and four TDs.

Carter rushed for 671 yards on 71 carries and scored seven TDs. He also had 18 catches for 266 yards and five TDs.

Mandino was also named first-team returner and second-team athlete. Powell was named to the second-team defense at flex.