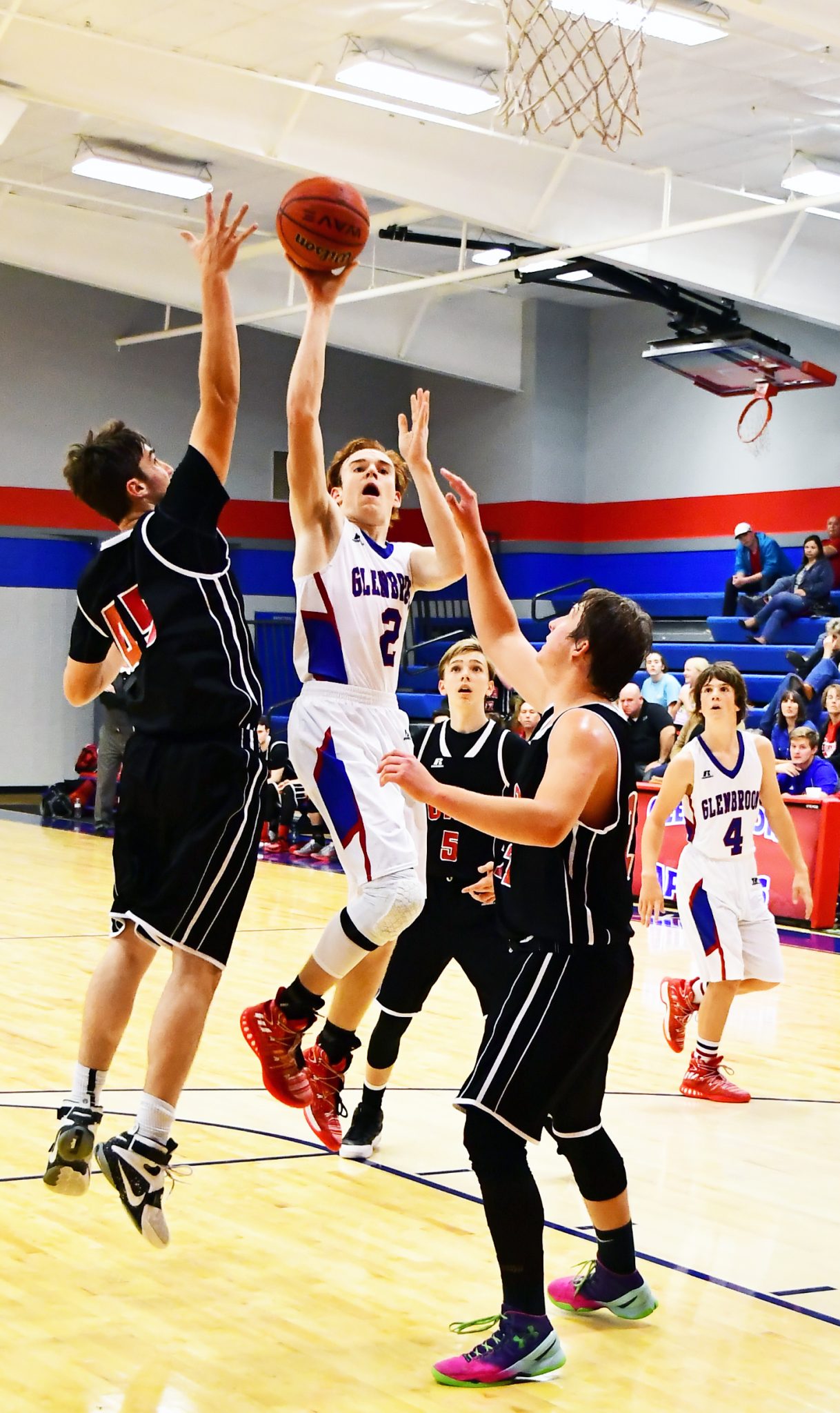 It was another busy night for hoops in Webster Parish.

The Glenbrook Apaches improved their record to 3-0 with an impressive 65-42 win in their home debut Thursday night.

Glenbrook led at halftime 27-24, but thanks to some stifling defense, jumped out to a larger margin of victory in the second half.

“I’m proud of the toughness our guys displayed tonight,” Glenbrook head coach Jeff Dalton said. “Our new defensive scheme is starting to show signs of progress and I can see that the guys are trusting the process. We’ll continue to experience some growing pains, but by the time we get into district play in January, we should be a dangerous team.”

Da’maza Robinson led the Apaches with 21 points, followed by Joseph Windham and Cade Conterez with 10 points each and Mason Hood with 6 points.
Minden vs. Byrd (boys)

The Minden Crimson Tide took a thumping at the hands of the Byrd Yellow Jackets, 71-41.

“Last game I said I felt like we got better,” head coach Rennie Bailey said. “But tonight I feel like we took 2 or 3 steps back. we played decent in the first half, but in the second half we couldn’t rebound the basketball. As a result, an 8-point game turned into a 30-point game.”

The Tide are now out of the Don Stahl Tournament.

The Doyline Panthers picked up a win over the Haughton Bucs, 55-44, setting up a rematch with Lakeside from this week’s Battle for the Paddle game.
“I don’t think we really played our best game, but we will always take a win,” Doyline boys head coach Michael Normand said. “I thought Jatavion (Jackson) did a great job of controlling the ball and the pace of the game for us.”

Jatavion Jackson finished with 18 points to lead the Panthers, followed by Desmond Jackson in double figures with 11 points.

Doyline and Lakeside square off for the second time this week, Friday at 7:30 p.m.

The Minden Lady Tiders were able to defeat the Haughton Lady Bucs, 60-52.

Minden (3-0) came slow out of the gate, according to head coach Jacob Brown.

“We missed so many opportunities to score in the paint,” Brown said. “I felt like we could have really extended our lead early in the game. Throughout that first quarter, I just felt we could have been more efficient.”

“Haughton played us tough,” Brown said. “Looking over the stats though, we have to get better looks. We can’t settle for bad shots and we have to find a way to take the lid off the rim while we’re in the paint.”

Derrica Gilbert led the Lady Tiders with 17 points, followed by Bre Rodgers with 13 points, Sha Whiting with 12 points and Destini Powell with 8.
The Lady Tiders will take on the winner of Evangel/North DeSoto in the finals Saturday night.
Lakeside vs. North DeSoto (girls)

Lakeside shot just 9-for-23 from the free throw line in the game.

The Lady Warriors and head coach Lyndzee McConathy will be in the consolation bracket against St. Mary’s at 10:30 a.m.