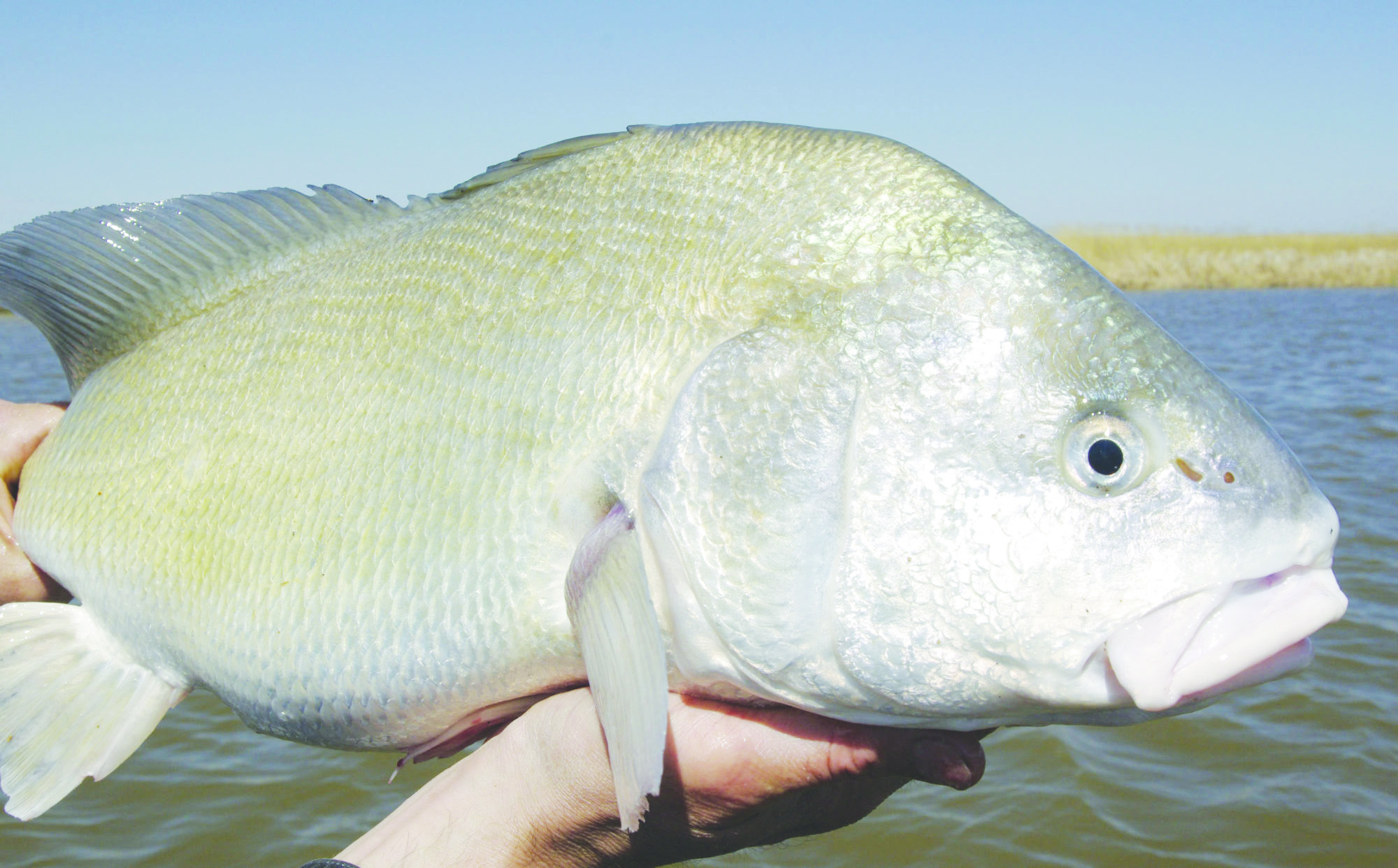 I was on the lake fishing for bass once when scenes from the movie, “National Lampoon’s Vacation” entered my mind.

Remember when Clark Griswold (played by Chevy Chase) was intent on providing a wonderful vacation for his family when his obnoxious cousin, Eddie (played by Randy Quaid) showed up with his family to totally disrupt Griswold’s plans?

What brought the movie to my memory happened when I felt the thump and vicious fight of a bass that started me thinking about a state record. The fish was stripping line from my reel as it bored for the depths. I was already considering bribing my wife into allowing me to hang the mount of this monster on the wall in our bedroom when the huge fish came to the surface. It wasn’t a bass. It was a bowfin aka choupique aka cypress trout aka grinnel. Just like Cousin Eddie, this rascal of a fish had totally disrupted my plans.

The grinnel is one of what I call the “G” fish that can mess up a day on the lake.

Those dreaded fish are the Grinnel, Gaspergou and Gar.

On another occasion when fishing with a group of outdoor writers on a media trip to Caddo Lake, channel catfish were biting and my colleagues were catching them hand over fist.

Early on, they were beating the socks off me when my line tightened and a struggle ensued as a catfish I felt was larger than any of my friends had landed took the bait and bored for the depths.

After a spirited battle, I was finally able to bring the brute to the boat and was already feeling smug about landing the lunker of the day. My heart shrank a bit when I realized the big fish I had caught was no catfish; it was a big gaspergou, or “gou” for short.

I agree that these rascals, just like grinnels, can put up a fine fight but as table fare, they’re as far down the list as mudcats. I remembered once while in college a group of us spent the night on the lake intent of frying up and eating the fish we caught.

The only thing biting, other than mosquitoes that night, were gou; we caught a bunch of them so we fileted and fried them up. I remember chewing on a hunk of gou that night and the longer I chewed the bigger it got like I was chewing on a wad of cotton, so we ended up eating hush puppies and fries and dumping the remains in the lake to be eaten by the other “G” fish, gar.

More than once I have had a fishing trip disrupted by having a gar attack my bait, a lure that I said goodbye to because the toothy gar easily severed my line and swam away with what he thought was a tasty morsel.

I know people who convert the flesh of gar into something like salmon patties. Removing filets and grinding them up, adding onion and seasoning, they swear the gar patties are as good as those made with salmon. As for me, I’ll just open a can of salmon, follow the directions to make patties. I can’t bring myself to eating patties made out of something that disrupted my fishing and swam away with my favorite lure. Not only that, they’re ugly as sin.

There is one other dastardly piscatorial species that would qualify as a “G” fish  if I converted the spelling to “Ghackfish.” Too bony to eat with teeth just waiting to relieve me of a favorite lure, the jackfish (chain pickerel for the high-browed) has always been my sworn enemy when I’m fishing for bass.

So there you have it. When you head for the lake on your next outing, be on the lookout for those dreaded “G” fish.